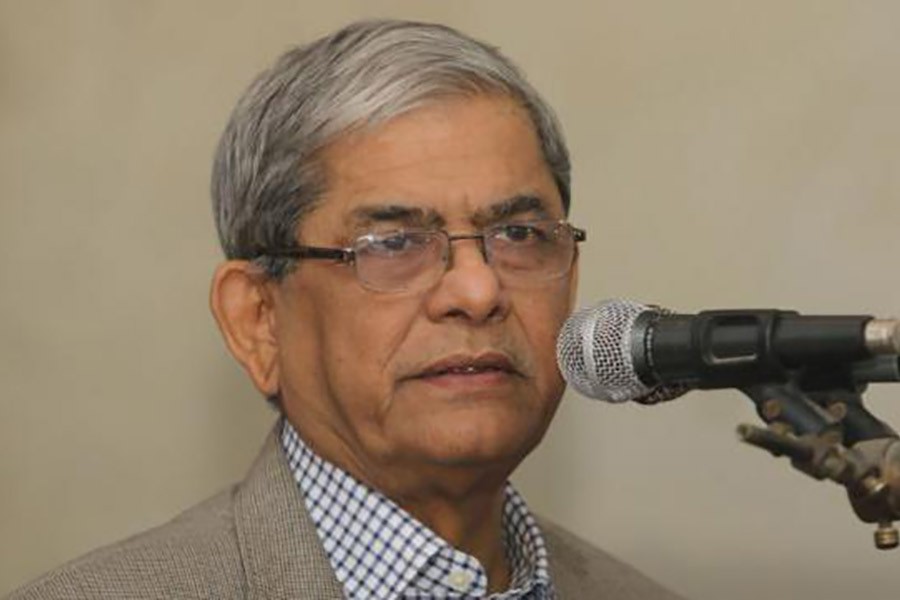 BNP Secretary General Mirza Fakhrul Islam Alamgir on Tuesday expressed unwillingness to talk about the current sculpture controversy as he thinks it is not an issue for their party.

“I don’t want to talk about sculpture (controversy). This is not an issue for me. The issue for us now is democracy, our rights and establishing our constitutional rights.  We can’t cast votes now, can't speak up and write. These are our issues,” he said.

Fakhrul made the remarks while exchanging views with local journalists at his residence in Thakurgaon, reports UNB.

He alleged the government has snatched people’s freedom of speech and gagged the media to hang onto power.

Trashing the ruling party’s allegation that BNP has a hand in creating chaos over the sculpture issue, he said Awami League has been playing double standards over the relations with alem-ulema.

“Awami League strengthened its relations with radical parties before the last election, and signed an agreement allowing them to issue edicts (fatwas),” he observed.

Fakhrul said Awami League has a hand behind the rise in fundamentalists in Bangladesh. “The present government is inciting fundamentalism to take political advantage. Extremism emerged during Awami League’s rule.”

He alleged though there is no militant in Bangladesh, the government is staging dramas in the name of raids on militant dens.

The BNP leader said their party believes in religious freedom and democracy, not in fundamentalism. “Awami League always wants to put its blame on others. This party has committed all the misdeeds in Bangladesh. It’s destroyed all the achievements of the country and democracy.”

He strongly protested the closure of six sugar mills in the country amid the coronavirus pandemic and growing unemployment.

The BNP leader said foreigners are not coming up with investment in Bangladesh since there is no ‘democratic government’ in the country and for lack of an investment-friendly atmosphere.