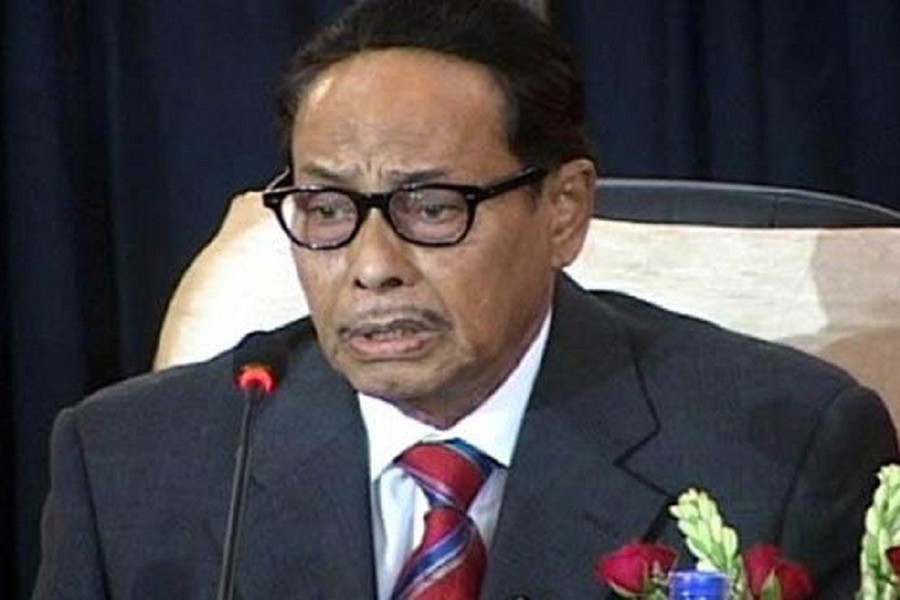 Jatiya Party secretary general ABM Ruhul Amin Hawlader on Wednesday said their chairman Hussain Muhammad Ershad does not need to go to Singapore for treatment as he is now fine.

"Our Chairman HM Ershad is now fine and healthy. He has been at Combined Military Hospital (CMH) for regular health check-up," he said on Wednesday, reports UNB.

The Jatiya Party leader came up with the remarks at a press briefing at Jatiya Party Chairman's Banani office, a day after Ershad was admitted to the hospital.

Hawlader said Ershad may return home within a day or two.

Replying to a question, he said their Chairman has long been receiving treatment in Singapore but now he is not going there.

Ershad was admitted to the hospital on Tuesday morning as he fell sick.

His press secretary Sunil Shuvo Roy said Ershad has been suffering from serious pain in his knees and some other complications.

Roy said their chairman needs to go to Singapore for his regular health check-up, but he cannot go due to the forthcoming general election.