Election is turning into a farce, claims Fakhrul 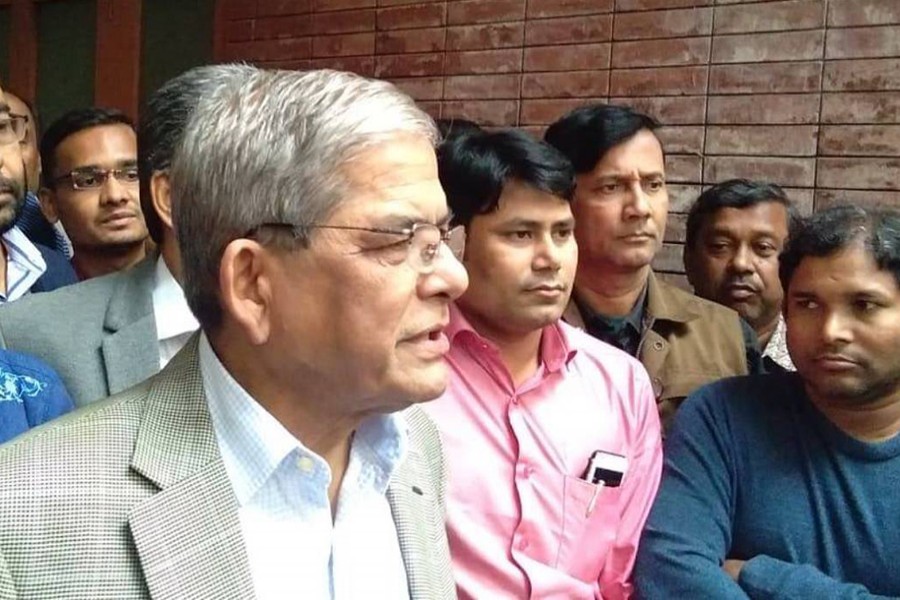 The government has made a farce of the election by scheduling it during the month of victory, said BNP Secretary General Mirza Fakhrul Islam Alamgir.

He made the remark as he paid homage to the National Martyrs’ Memorial in Savar along with BNP leaders and activists on Sunday.

Mirza Fakhrul reached the memorial premises at around 9:00am, accompanied by BNP Standing Committee Member Nazrul Islam Khan and local BNP candidates for the election.

There was unrest when the BNP leaders placed wreaths at the altar.

“The government has announced the election in the month of victory. They are doing severe damage to the opposition and turning the election into a farce,” Mirza Fakhrul told journalists.

“To continue the farce, they are attacking the opposition leaders and activists, shooting them and even abducting them.”

BNP has not received the proper election environment it expected for the upcoming election slated on Dec 30, said Mirza Fakhrul.

The Election Commission is proving its ‘inability’ to punish the government’s ‘major role’ in persecuting the opposition, reports bdnews24 quoting Fakhrul.

Fakhrul among 35 leaders get bail

China approves imports of all poultry, poultry products from US