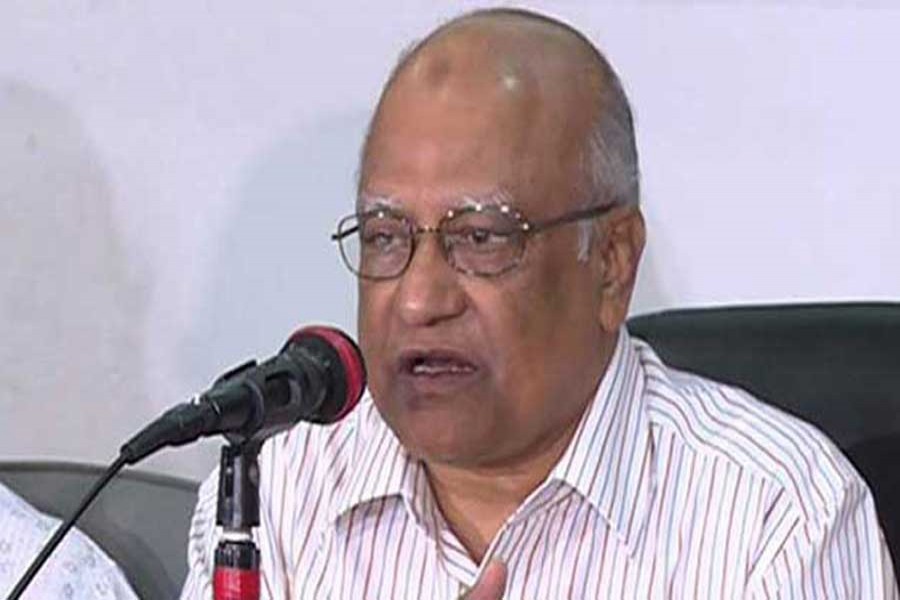 Senior BNP leader Khandaker Mosharraf Hossain on Sunday said the test of the current Election Commission will begin with the upcoming elections to Rangpur and other city corporations.

“The test of the Election Commission will start through the city corporation polls ahead of the 11th parliamentary ones. We’ll observe the EC’s activities through the city elections,” he said.

Hours after the EC announced the schedule for Rangpur City Corporation elections, the BNP leader came up with the remarks at a discussion organised by Jatiyatabadi Muktijoddha Dal at the Jatiya Press Club, marking the ‘National Revolution and Solidarity Day'.

According to the schedule, the election to the Rangpur City Corporation will be held on December 21 while the last date for the submission of nomination papers is November 22.

Mosharraf said the city polls will decide the direction and nature of Bangladesh’s future politics.

A UNB report said he warned that people will not spare Awami League this time if it aging tries to hang onto power by holding a January-5, 2014 like election. “People will give them a befitting reply through a mass upsurge.”

The BNP leader said their party will not allow the current regime in any way to hold the next polls under Prime Minister Sheikh Hasina. “We’ll realise our demand for installing an election-time supportive government to oversee the next polls.”