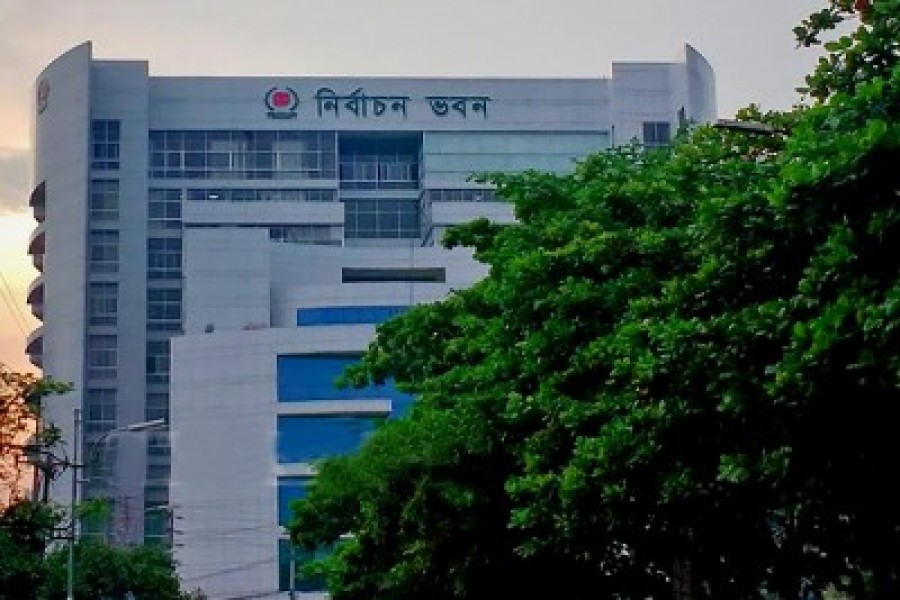 The Election Commission (EC) is planning to hold Upazila Parishad Election in 101 upazilas in the first phase on Mar 10.

The EC secretariat will present the names of 101 upazilas in Rangpur, Rajshahi, Sylhet and Chattogram divisions chosen for the ballot at the commission meeting.

The schedule for the fifth upazila council elections to the posts of chairman, vice chairman and reserved women vice-chairman will be announced on Feb 3, said EC Secretary Helal Uddin Ahmed.

The meeting will focus on two issues—election to the reserved seats for women in 11th parliament and announcement of schedule for fifth upazila council elections.

The election to 480 upazilas out of 492 will be held in five phases. The first four phases are likely to be over by March with the last phase likely after the month of Ramadan.

More than hundred upazilas that had their first meeting on Mar 22, 2014 or before will be proposed to be included in the first phase, as their term will expire by Mar 21 this year, said the EC officials.

The EC has completed the preparation to announce the schedule of upazila elections and will approve the final list in the meeting, according to them.

The upazilas for the first phase polls:

No polls will take place in 12 upazilas due to complications, said the EC officials.

The upazila elections were held last time in 2014 in six phases. The next polls to the local government bodies are due within 180 days prior to the expiry of their terms.

Electronic voting will be used in the upazila election this time. All the Sadar upazilas will have EVMs used for the vote.

The BNP has announced its boycott of the upazila election after rejecting the results of the general election.

The EC secretariat has also proposed holding the by-elections to a few upazilas having their chairman or vice-chairman positions vacant on Mar 10. The positions became vacant due to resignation or death of the incumbent, said the EC officials.

The commission will determine the date of by-polls during the meeting on Feb 3, they said.