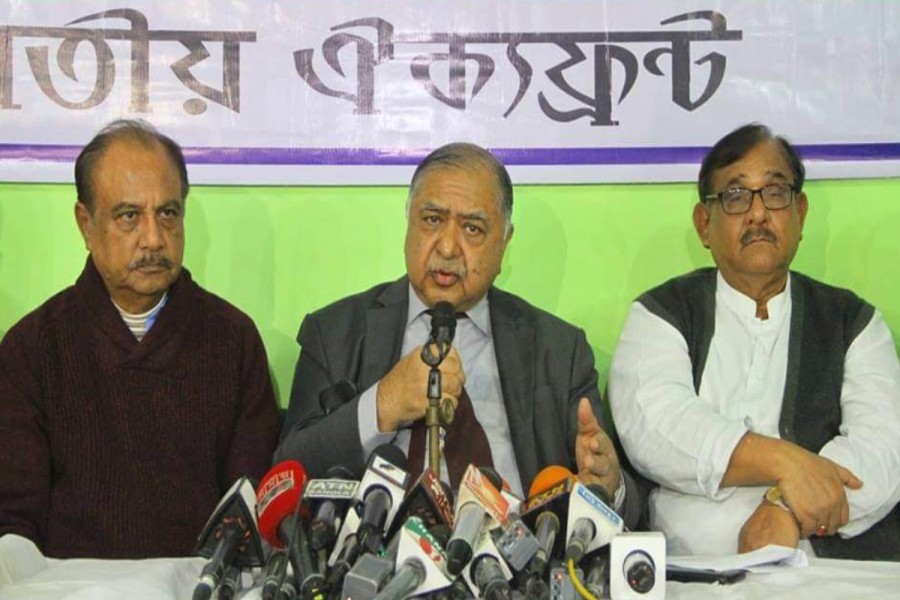 In the wake of ‘attacks’ on the Jatiya Oikyafront candidates in many places and the arrest of its leaders and activists, alliance chief Dr Kamal Hossain on Sunday feared whether the government will allow a credible election in the country.

“There remains a fear (about fair election) as they (govt) could have read people’s pulses,” he said while addressing a press conference at the Oikyafront’s Purana Paltan office in the afternoon.

Dr Kamal made the remarks while replying to a question from reporters whether there is any move to foil the election.

He, however, said he did not want to say anything about any move to foil the polls.

The Oikyafront chief also said they will present their alliance’s election manifesto at a press conference at Hotel Purbani in the city at 11:00am on Monday, reports UNB.