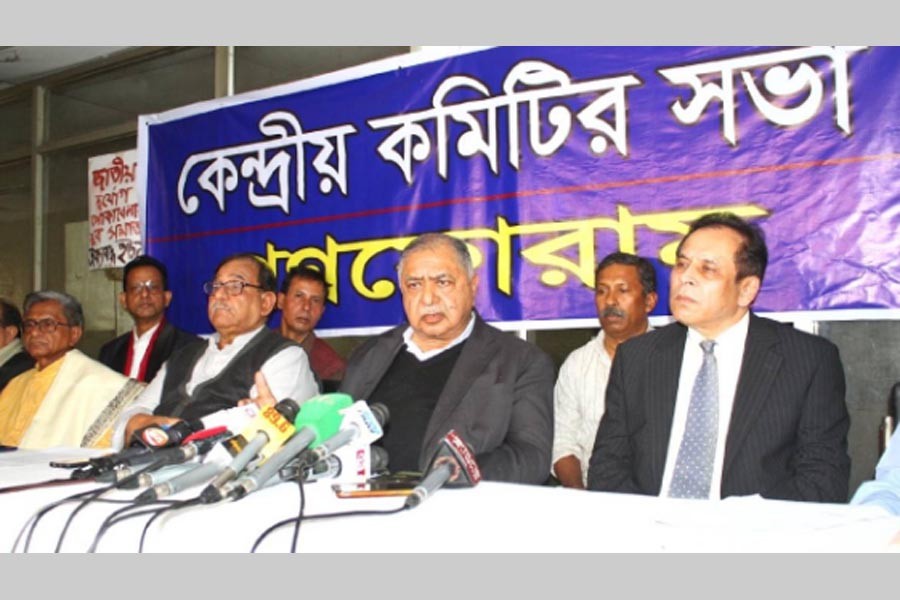 Jatiya Oikyafront chief Dr Kamal Hossain on Saturday said it was a mistake to join the 11th parliamentary election with Jamaat-e-Islami under the banner of Jatiya Oikafront (JOF).

"I've already publicly said I was not aware of Jamaat candidates in the election. When I gave consent... I was not informed about Jamaat. I think you (journalists) can say it was a mistake", he said.

Dr Kamal came up with the remarks at a press conference at Gana Forum's Arambagh central office after a meeting of party's central committee, reports UNB.

He also said he never did politics with Jamaat and will not do either in the future.

Replying to a question, Kamal said they will mount pressure on BNP to drop Jamaat from its alliance to keep the Oikyafront intact and make it stronger further.

The election was held on December 30, 2018, bringing a landslide victory to the ruling Awami League amid allegations of widespread rigging and irregularities.