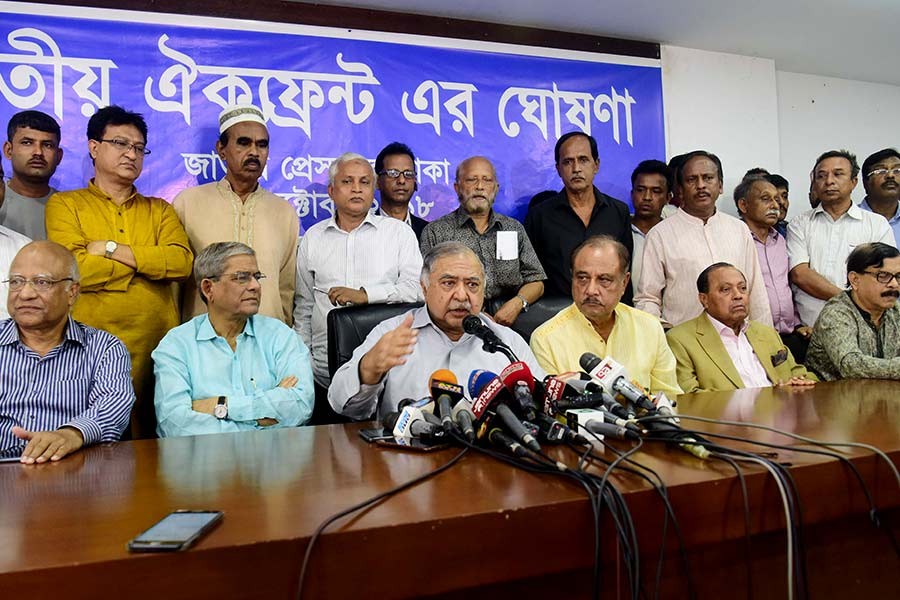 The new alliance, Jatiya Oikyafront, and its demands were announced at a press conference at the National Press Club in Dhaka on Saturday evening, reports bdnew24.com.

The groups were to meet to finalise the outline of the anti-government alliance on Saturday, but Badruddozza Chowdhury was left out of the conference, which was held at Dr Kamal’s offices at the Metropolitan Chamber of Commerce and Industry building.

Mahmudur Rahman Manna read out a series of demands from the new alliance’s press conference.