Dissolving parliament a must before polls: Moudud 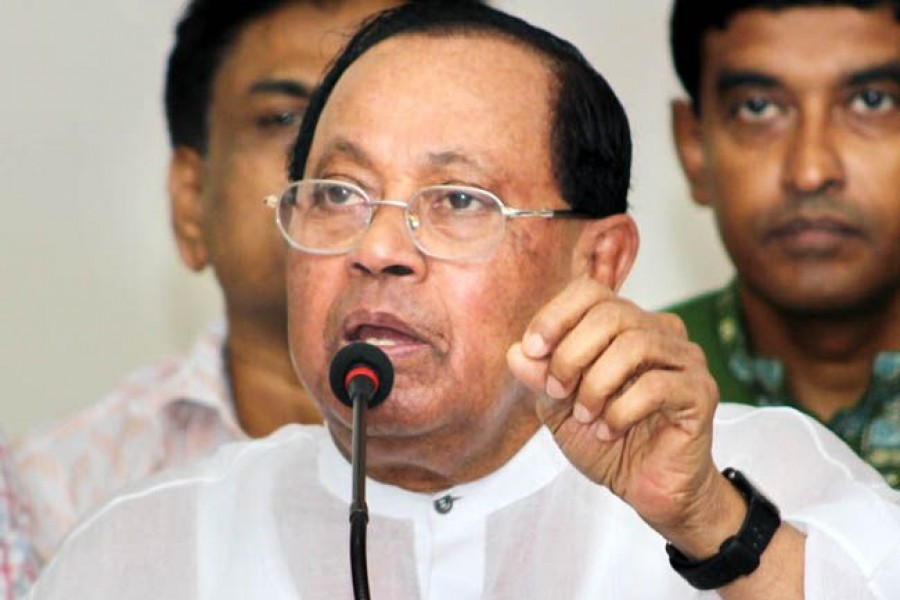 Senior BNP leader Moudud Ahmed has said that the current parliament must be dissolved no matter whether the next general election is held before or after the tenure of the current government.

"It's not the main issue whether the election is going to be held before the tenure of the parliament or after the fulfillment of it. The dissolution of parliament is a prerequisite to the next general election," he said.

Speaking at a discussion on Saturday, the BNP leader further said, "We would like to urge the government to arrange snap polls under a neutral administration dissolving the parliament."

National People's Party (NPP), one of the components of the BNP-led 20-party alliance, arranged the programme at the Jatiya Press Club.

Moudud, a BNP standing committee member, said their party will join the polls wherever it is held if proper steps for a fair balloting are taken.

The BNP leader said he personally thinks the government will not arrange any snap polls. "We'll have to wait until the December 2018 for the next election. You (govt) can hold the polls any time, but you must dissolve parliament 90 days before it."

He said the country's people want the 11th parliamentary elections to be held under a non-party election-time government so that the Election Commission can work independently and people can cast their votes as per their wish.

Moudud also said people also do not want to see the repeat of the January-5, 2014 election as their voting right was snatched through it.

He also denounced the issuance of the warrants for the arrest of BNP chairperson Khaleda Zia in two graft cases. "It's unthinkable that the lower court has limited the bail given by the High Court to 7 days."