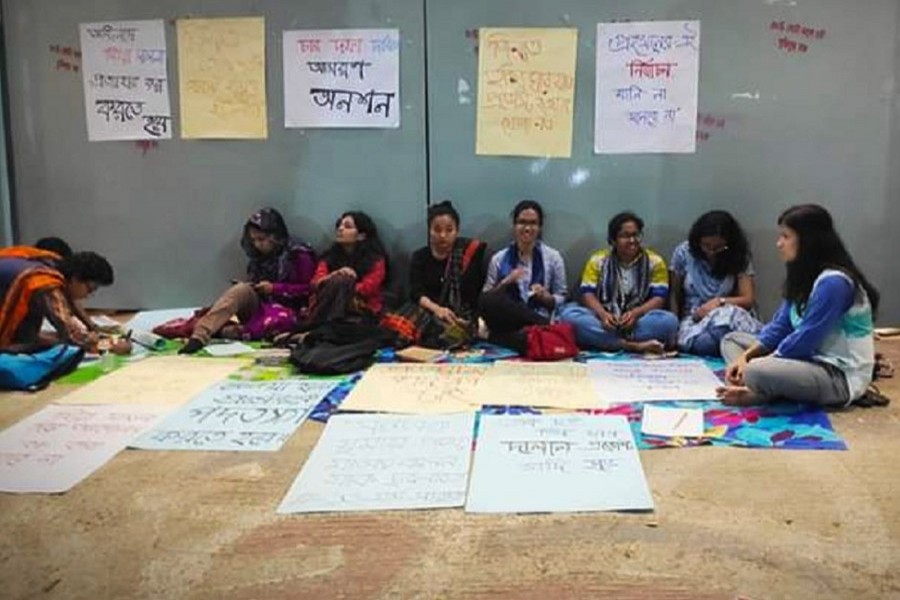 Five female students of Dhaka University's Ruqayyah Hall who went on a fast unto death over their four-point demand withdrew their strike on Thursday night.

They also threatened to resume the strike if their demands are not met by one day.

"We've given them (DU authorities) a one-day ultimatum to meet our four-point demand after they requested us to go back to the hall, and promised to discuss our demands," said Dipti.

On Wednesday night, they began a fast unto death demanding the resignation of Ruqayyah Hall Provost Prof Zeenat Huda, re-election to Ducsu and hall unions, ensuring security of the protesting girls and withdrawal of all cases filed against the independent candidates and their supporters, including the Ducsu VP-elect.

Meanwhile, four candidates of the opposition panel along with a general student who began a hunger strike at the Raju Sculpture on the campus on Tuesday afternoon demanding fresh election to the Ducsu continued their strike.