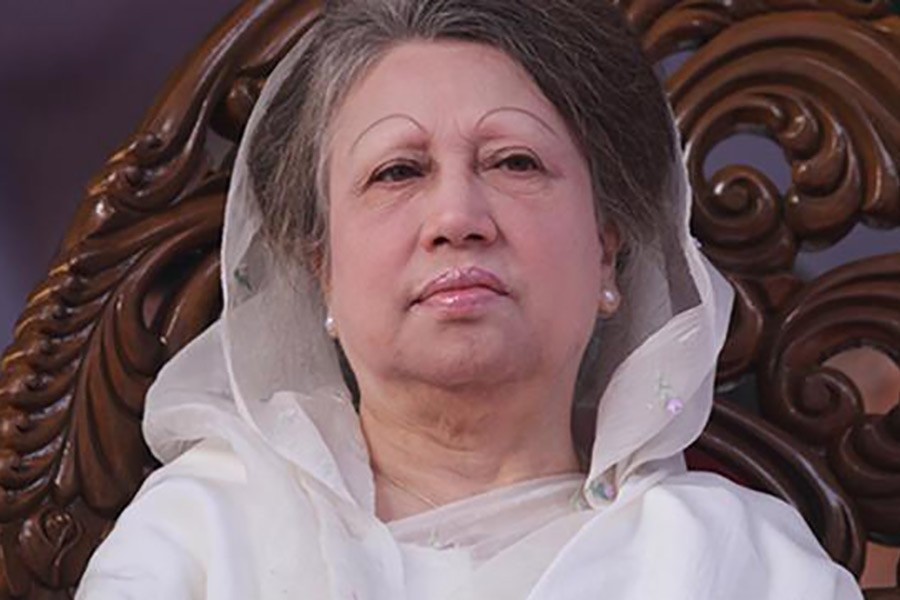 Khaleda is expected to arrive at Suhrawardy Udyan in the capital Dhaka by 3pm on Sunday. File Photo

BNP Chairperson Khaleda Zia will deliver her first major speech in Dhaka in nearly a year and a half at the Suhrawardy Udyan rally on Sunday.

Khaleda had previously spoken at Suhrawardy Udyan at a rally by the Sramik Dal on May 1 last year. Before that she spoke at a public meeting in front of the BNP headquarters in Naya Paltan on Jan 5, 2016.

Though Sunday’s rally is meant to commemorate Nov 7, which the BNP celebrates as ‘National Revolution and Solidarity Day’, it was clear from Mirza Fakhrul’s comments that the event would also address current political concerns.

“Commemorating ‘National Revolution and Solidarity Day’ is not the only goal of the rally, we will also address the continued movement to return democracy to the people. Begum Khaleda Zia will discuss how to consolidate the movement in her message.”

“I believe the message the people will receive from national leader Khaleda Zia is extremely important.”

The BNP, which boycotted the Tenth Parliamentary Elections over demands for a caretaker government, has raised demands for a ‘supportive government’ for the eleventh parliamentary elections. Party leaders say they will soon provide an outline for what such a government would look like ‘at the appropriate time’.

According to BNP Senior Joint Secretary General Ruhul Kabir Rizvi, preparations are complete despite the delay in receiving permission from Dhaka Metropolitan Police and the 23 conditions imposed on the rally permit, according to a news agency.

“The rally will begin at 2pm. All preparations are complete. We are now waiting for our national leader.”

Khaleda is expected to arrive at Suhrawardy Udyan by 3pm.

The BNP has constructed a 60ft by 30ft stage at the venue for the rally. CCTV cameras have been set up around the stage and 30ft has been cordoned off in front of the stage.

A team of over 2,000 activists from the Jubo Dal, Volunteer Dal and Chhatra Dal have formed a team to maintain order during the rally.

The rally is being overseen by BNP Secretary General Mirza Fakhrul Islam Alamgir.

BNP received permission from police to hold the rally on Saturday. They also imposed 23 conditions, which said the rally could not obstruct the road and that it had to end by 5pm.