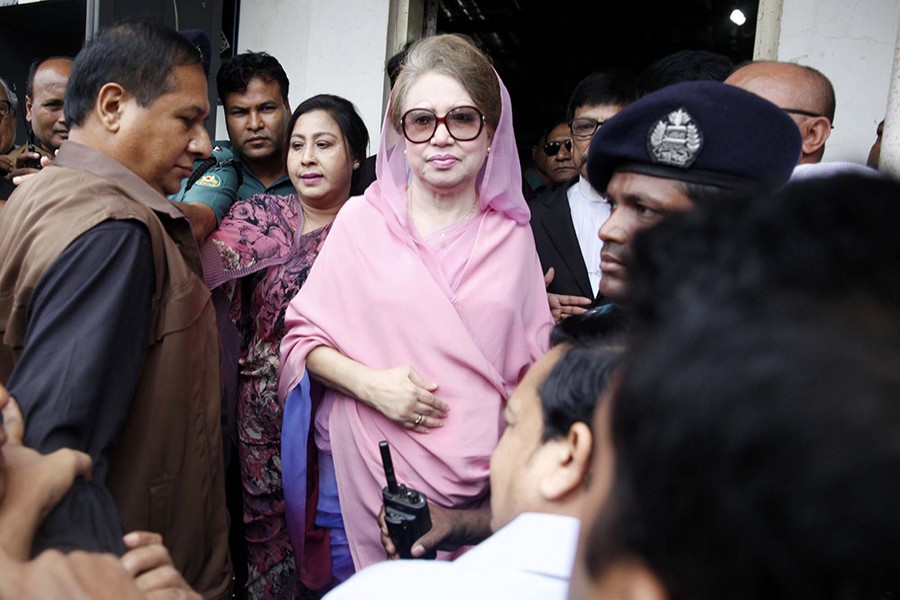 The High Court has asked the lower court concerned to dispose of the petition filed seeking bail to BNP chairperson Khaleda Zia by February 4 in a case filed over the 2015 Cumilla arson attack that killed eight people.

The HC bench of Justice Md Rezaul Haque and Justice Zafar Ahmed passed the order after hearing the petition on Wednesday.

Earlier on Januray 20, Khaleda's lawyer Barrister Kayser Kamal on behalf of Khaleda filed the petition with the High Court.

Cumilla court deferred the bail petition hearing of the case for the fourth times, Kamal said.

It also fixed February 4 for hearing on the petition, according to a UNB report.

Eight people were killed and at least 20 others injured in a petrol bomb attack on a bus at Jagmohanpur in Chauddagram upazila on February 3, 2015 during the BNP-led alliance's movement.

Two cases were filed against Khaleda Zia in this connection.