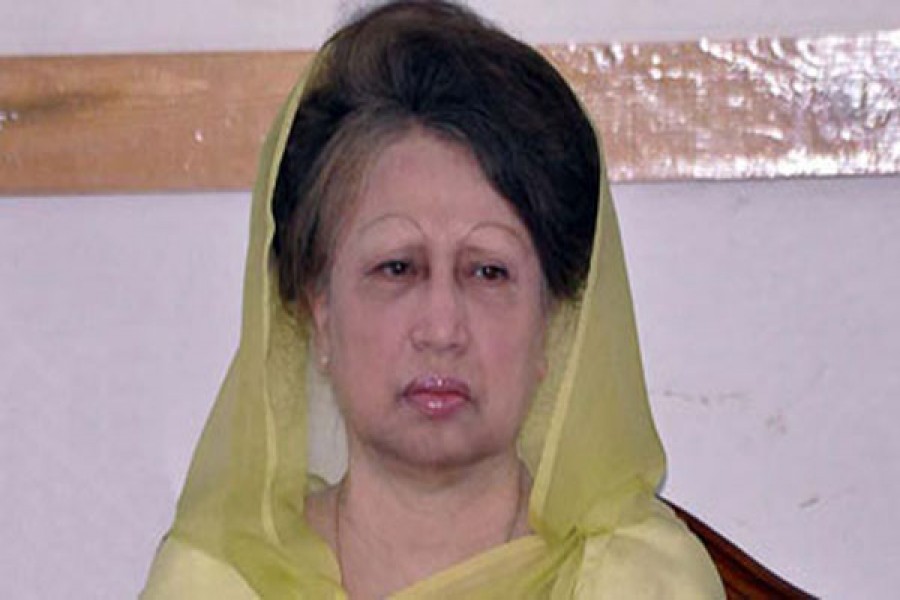 A Dhaka court on Monday asked BNP chairperson Khaleda Zia to appear before it on September 12 in hearing of 11 cases.
Dhaka Metropolitan Session Judge Kamrul Hossain Mollah passed the order after hearing separate time petitions filed by Khaleda's lawyer Sanaullah Mia, reports UNB.
In the time petitions, Khaleda’s counsel sought hearing adjournment saying that Khaleda could not appear before the court as she is now in London for treatment.
Among the 11 cases, eight were filed with Dar-us –Salam police station and two others with Jatrabari police station in connection with arson attacks on vehicles in 2015 while another was filed with a Dhaka court on sedition charges for her remarks on the number of Liberation War martyrs.