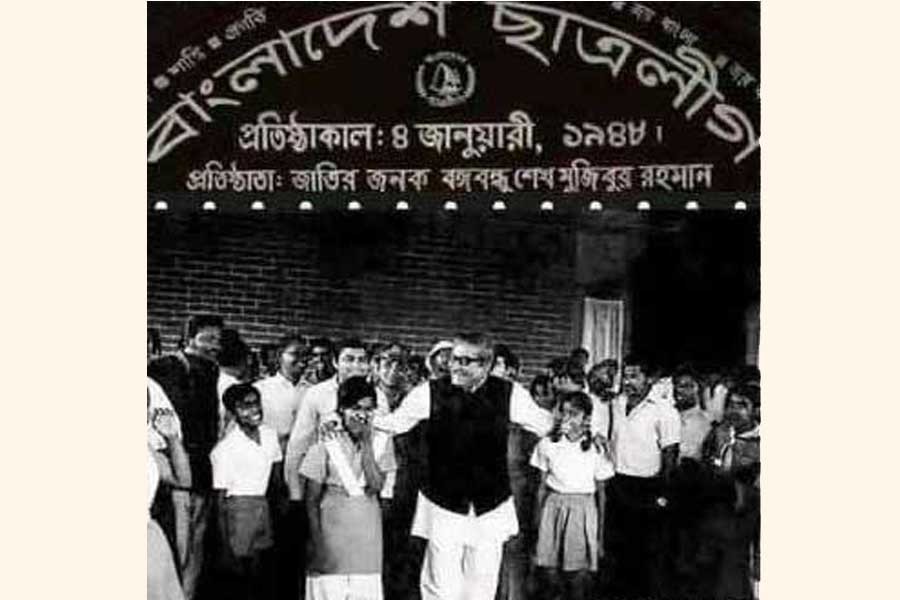 Chhatra League has chalked out an elaborate three-day programme to mark the anniversary, reports UNB.

The day’s programmes include hoisting the national and party flags at party offices, placing of wreath at the portrait of Father of the Nation Bangabandhu Sheikh Mujibur Rahman at Dhanmondi road-32, and cutting of cake at Dhaka University Curzon Hall.

Chhatra League has arranged a reunion programme at 2:30pm at Suhrawardy Udyan on Saturday. Prime Minister Sheikh Hasina is scheduled to be present as the chief guest.

A blood donation camp will be held on Monday morning at Bottola besides Aparajeya Bangla at Dhaka University. The next day, educational materials will be distributed among students.

Besides, warm clothes will be distributed among the destitute on Tuesday in front of Swoparjito Swadhinata Sculpture on Dhaka University campus.