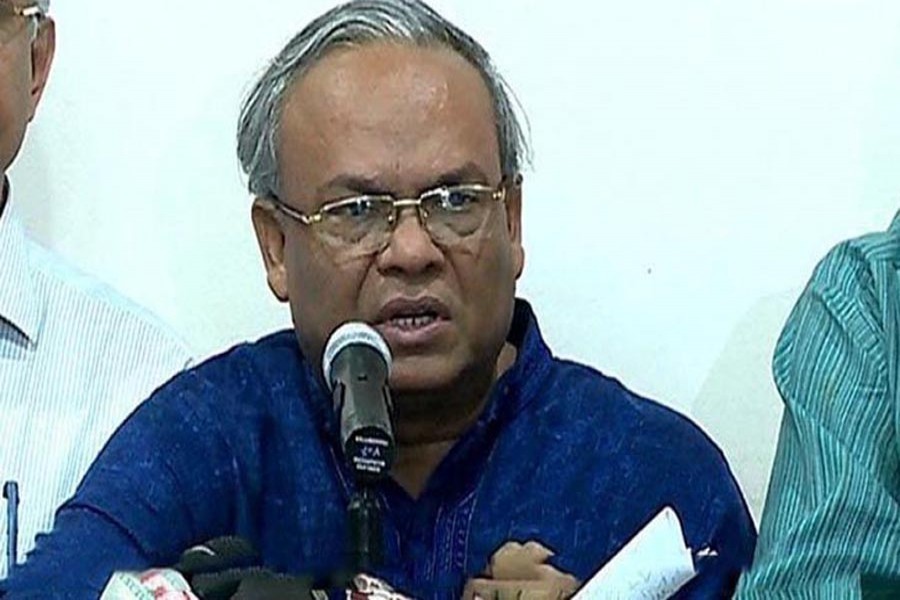 BNP said the recent comments made by Chief Election Commissioner (CEC) KM Nurul Huda prove the vote rigging allegations raised by the Jatiya Okayfront is true, according to bdnews24.com.

“The CEC has let the cat out of the bag,” said BNP Senior Joint-Secretary Ruhul Kabir Rizvi at a news conference on Saturday.

After massive defeat in the Dec 30 elections, the BNP-led Jatiya Oikya Front alliance alleged the ballot boxes were stuffed the night before the election—an allegation instantly rejected by the Election Commission.

At an event on Friday, the CEC Nurul Huda said, “It is possible to prevent stuffing ballot boxes the night before elections by introducing the electronic voting machines or EVMs.”

Responding to the speech, Rizvi said, “Now the real incidents started to come out from Pandora's Box. He could not keep the cat in the bag. The genuine truth of the midnight election has now slipped out of the CEC’s mouth.”

"The (CEC’s) statement was an important document to the nation of how a chief election commissioner allowed the stuffing the ballot boxes overnight and deprived the people of their voting rights in the people in an election."

“He and one of his commissioners told the truth without meaning to. The truth cannot be suppressed. "