BWP calls for enactment of law to form EC 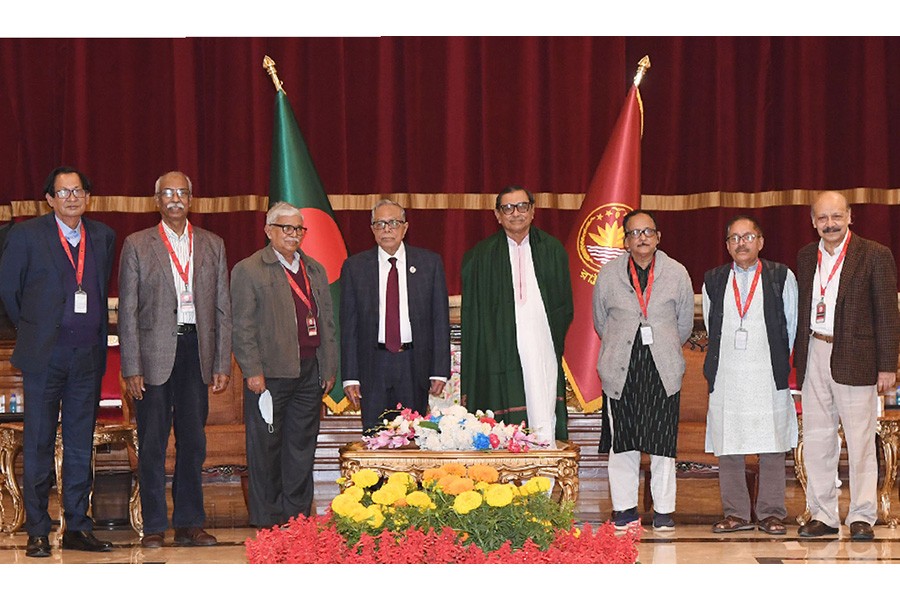 Bangladesh Worker's Party (BWP) on Tuesday proposed to President Abdul Hamid enactment of a law early next year to guide the formation of an independent Election Commission (EC) for conduct of the next national election.

This was one of the main points contained in the six-point proposal, a seven-member BWP delegation led by its President Rashed Khan Menon, submitted to the president as part of a dialogue at Bangabhaban Tuesday afternoon.

The delegation thanked the President for initiating discussions with the political parties on the formation of Election Commission as the current EC's five-year term expires in February next year, according to Bangabhaban press wing.

The BWP leaders also suggested that the president exchange views with civil society representatives on the formation of the EC, the election watchdog.

They said the Election Commission should be independent capable of implementing the country's electoral laws to ensure free and fair voting.

Welcoming the delegation of Workers Party at Bangabhaban, President Hamid said that politics is for the welfare of the people.

"If quality is not ensured in politics, it will be difficult for politicians to do politics in future. In this regard, the political parties have to build the right public opinion at the grassroots level," he said.

A seven-member delegation of Bangladesh Tariqat Federation led by Syed Nazibul Bashar Maizbhandari also sat in dialogue with the president on Monday.

Opening the current round of dialogue with the Jatiya Party, the main opposition party in the Jatiya Sangsad, on December 20 President Hamid has so far met with the leaders of six political parties.

On the other hand, Bangladesher Samajtantrik Dal (BSD), invited to Bangabhaban on Sunday last, declined the invite.

According to Bangabhaban press wing, the other parties invited for the dialogue are Bangladesh Nationalist Front (BNF) and Islami Oikya Jote on December 29, Gano Forum and Bikalpo Dhara on January 2, Ganotantri Party and Communist Party of Bangladesh on January 3.

The country has now 39 registered political parties, according to the EC website and only nine of them have representation in Parliament.