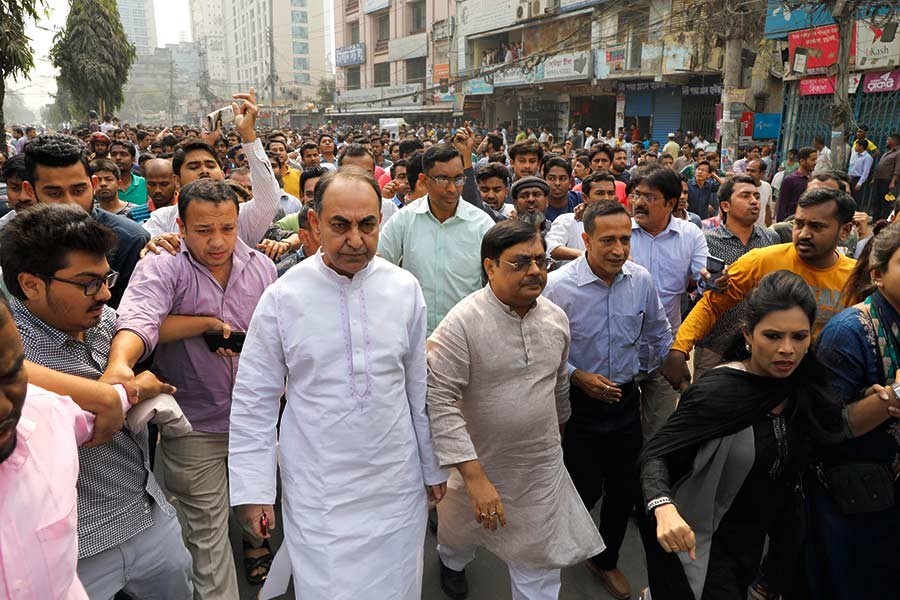 BNP will hold a public rally in the capital on Thursday to press their various demands, including the release of its Chairperson Khaleda Zia from jail.

He said they have already sought permission from the authorities concerned to hold their rally either at Suhrawardy Udyan or in front of their party's Nayapaltan central office.

"We've already completed the necessary process for holding our rally. We hope we'll be able to hold a successful programme on Thursday," he said.

Asked why they are going to hold the rally, Rizvi said they will do it to focus on the country's latest political situation, reports UNB.

Contacted, BNP standing committee member Khandaker Mosharraf Hossain said their rally is mainly meant for mounting pressure on the government to accept their various demands, including Khaleda Zia's release and holding the next generation election in a fair and credible manner under a non-party neutral administration by dissolving the current parliament.

Another, BNP standing committee member, wishing anonymity, said they worked out the rally programme also to demonstrate their political strength and invigorate their party rank and file ahead of launching a united movement with other parties to force the government to concede to their demands.

The BNP leader said they may invite the national leaders involved in the process of forging a national unity to their rally.

On Saturday, Dr Kamal Hossain-led Jatiya Oikya Prokriya arranged a 'citizens' rally' at the capital's Mohanagar Natya Mancha where top leaders of around 30 out-of-parliament opposition parties, including BNP and its many alliance partners were present.

BNP held a public rally in front of its Nayapaltan central office on September 1 marking its founding anniversary.