BNP's present goal only to free Khaleda from jail 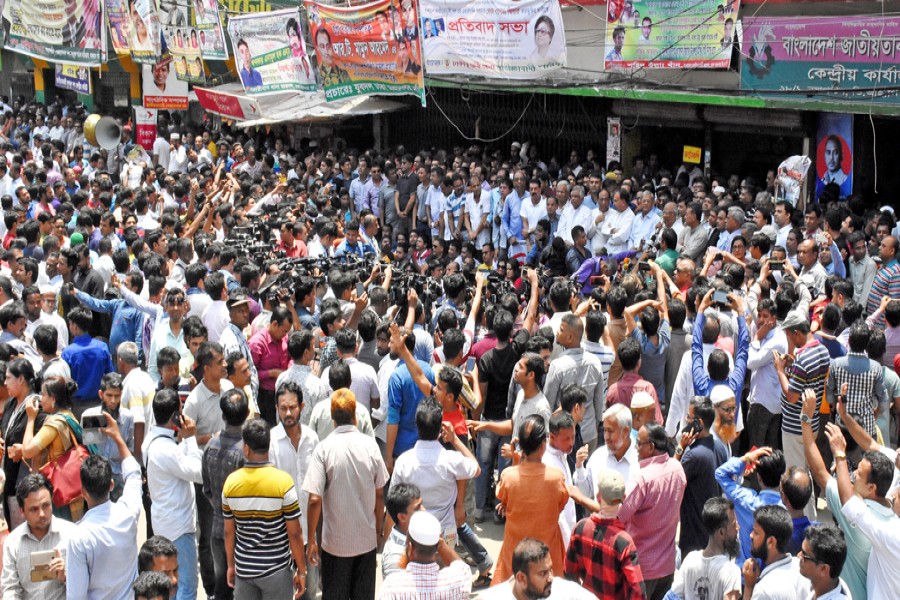 He made the comments while speaking at a human chain programme organised by BNP in front of the Nayapaltan central office in the city demanding release of Khaleda from jail.

The BNP leader also said they will continue the peaceful movement until his party chairperson is released from jail.

"We know the government has kept our chairperson in jail only to resist its fall and our movement for restoration of democracy," the BNP leader said.

Fakhrul further said, "Now it is our duty to remain united and carry out the movement to have our chairperson freed from jail. We must free her from jail as it is now our only goal."

Followers holding banners, festoons and placards were chanting various slogans to have their chief released.

The agitation programme ended peacefully around 11:50am amid the presence of huge law enforcers.

Earlier on Tuesday, the party announced to form the human chain in front of National Press Club.

However, it changed the decision for some unavoidable reasons, said BNP's Assistant Office Secretary Belal Ahmed.