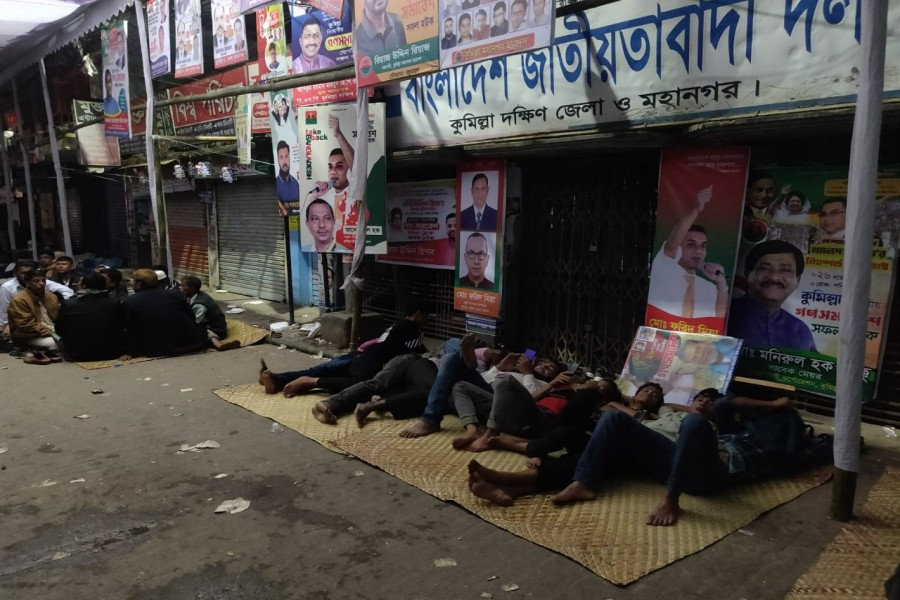 BNP’s Cumilla divisional rally is set to begin around 12pm today (Saturday) with a huge crowd of leaders and activists expected in the city’s Townhall.

BNP activists and supporters from different upazilas and adjoining districts, including Chandpur, Brahmanbaria and Feni, have already thronged the rally venue.

Some pictures shared on BNP’s verified Facebook page show that leaders and activists who came from remote areas passed the night in front of the party office due to lack of accommodation.

Cumilla city took on a festive look with posters, banners, billboards and processions since party activists started arriving and preparing for the mass rally.

BNP Secretary General Mirza Fakhrul Islam is supposed to address the rally as the chief guest, while the party’s Standing Committee Member Khandaker Mosharraf Hossain will deliver a speech as the special guest.

The rally in Cumilla today will be the 8th by BNP at the divisional level after others were held in Chattogram, Mymensingh, Khulna, Rangpur, Barishal, Faridpur and Sylhet.

As part of the move to continue the pace of its ongoing movement, BNP on September 27 announced a series of public rallies in divisional cities.

The organisers said the rallies are meant to denounce the price hike of daily essentials and fuel, the death of five party activists in previous police action in Bhola, Narayanganj, Munshiganj, and Jashore, and to ensure the freedom of BNP Chairperson Khaleda Zia.