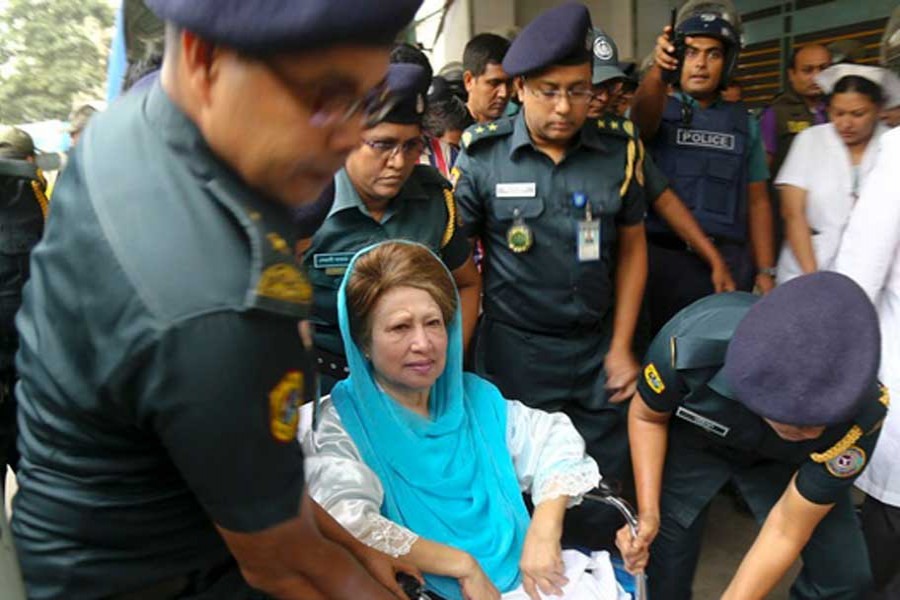 BNP and its associate bodies have taken up an eight-day programme to force the government to allow its chairperson Khaleda Zia to go abroad for advanced medical treatment.

Khaleda, a 76-year-old former prime minister, was readmitted to Evercare Hospital on 13 November, six days after she had returned home from the hospital.

The BNP chief's physicians said she has been suffering from rheumatoid arthritis, diabetes, ophthalmological and dental complications.

On behalf of the family, Khaleda's younger brother, Shamim Iskander, submitted an application to the Home Ministry on November 11 urging the government to allow her to go abroad for better treatment.

However, Law Minister Anisul Huq said the government will consider Khaleda Zia’s appeal if she submits a fresh petition after returning to jail.