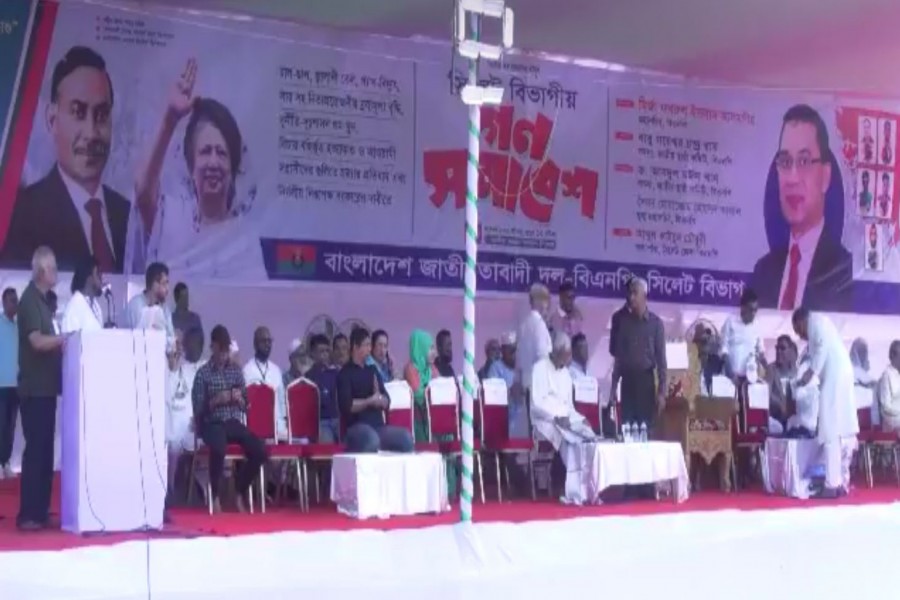 BNP's divisional rally in Sylhet began on Saturday morning, with presence of thousands of leaders and activists of the party and its associate bodies.

The rally, organised by Sylhet city unit of BNP, formally began at 11:10am on the Sylhet Government Alia Madrasa field.

Despite transport strike and other obstacles, the rally venue has been teeming with the opposition leaders and activists since Friday night, as they gathered there in advance from adjacent districts – fearing obstacles and hassles caused by the bus strike, reports UNB.

Police and other security officials have been deployed around the rally venue and at different points of the town to prevent any untoward incident.

According to Sylhet Metropolitan Police, 19 check-posts have been installed at the entry points of Sylhet city and hundreds of plainclothes policemen will perform their duties on Saturday to maintain the law and order situation.

Leaders and activists of BNP and its associate bodies from four districts — Sunamganj, Moulvibazar, Habiganj and Sylhet — under the division have joined the rally.

The organisers said the rally was meant to denounce the price hike of daily essentials and fuels, the death of five party men in previous police action in Bhola, Narayanganj, Munshiganj and Jashore, and to ensure the freedom of BNP Chairperson Khaleda Zia.

BNP has long been demanding that the next general election be held under a caretaker government, not under any political government – a demand sharply rejected by the ruling Awami League.

The rally in Sylhet is the 7th by BNP at the divisional level following Chattogram, Mymensingh, Khulna, Rangpur, Barishal and Faridpur.

BNP will conclude the divisional rallies through a mass gathering in Dhaka city on December 10.