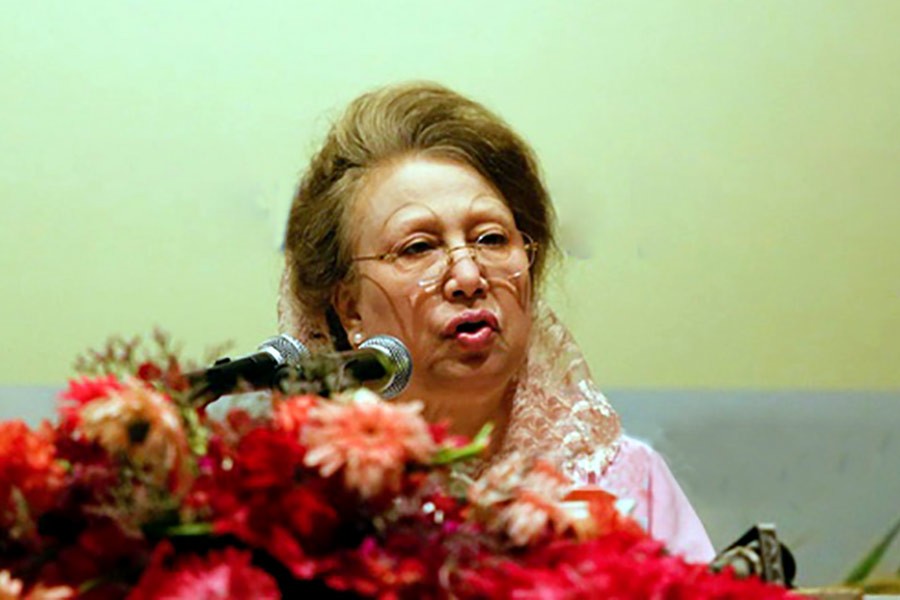 Voicing deep concern over of the security of its chairperson Khaleda Zia in Old Dhaka central jail near Chawkbazar where a devastating fire has taken place, BNP on Sunday demanded her immediate release.

"We're very concerned that our beloved leader (Khaleda) has been kept in an abandoned jail as many chemical depots are around it. The jail is only 200 meters away from the Wahed Mansion where the fire incident taken place with a big bang," said BNP senior joint secretary general Ruhul Kabir Rizvi, reports UNB.

Speaking at a press conference at BNP's Nayapaltan central office, he further said, "The government has kept her in an awfully dangerous situation in jail with an evil motive. We demand her immediate release from there."

Rizvi said the government has kept Khaleda over a year in a place surrounded by depots of explosive and dangerous chemicals out of its political vengeance.

As his attention was drawn to media reports that Khaleda may be shifted to Keraniganj Central Jail, Rizvi said they want the government to free her immediately.

He claimed that their chairperson passed a sleepless night with a big worry on Wednesday amid the wailing of people and sounds of big explosions at Wahed Mansion following the deadly fire.

A fire that broke out a four-storey Haji Wahed Mansion at Chakbazar's Churihatta on Wednesday night, killing 67 people and injuring many others.

Rizvi questioned Prime Minister Sheikh Hasina's intention of keeping Khaleda in a suffocating situation and vulnerable place. "Why're you playing a game with her life? How would you feel if you were imprisoned in such a situation surrounded by explosives? Come out of your political vengeance and ensure our leader's unconditional release."