'BNP will cripple country, if gets power' 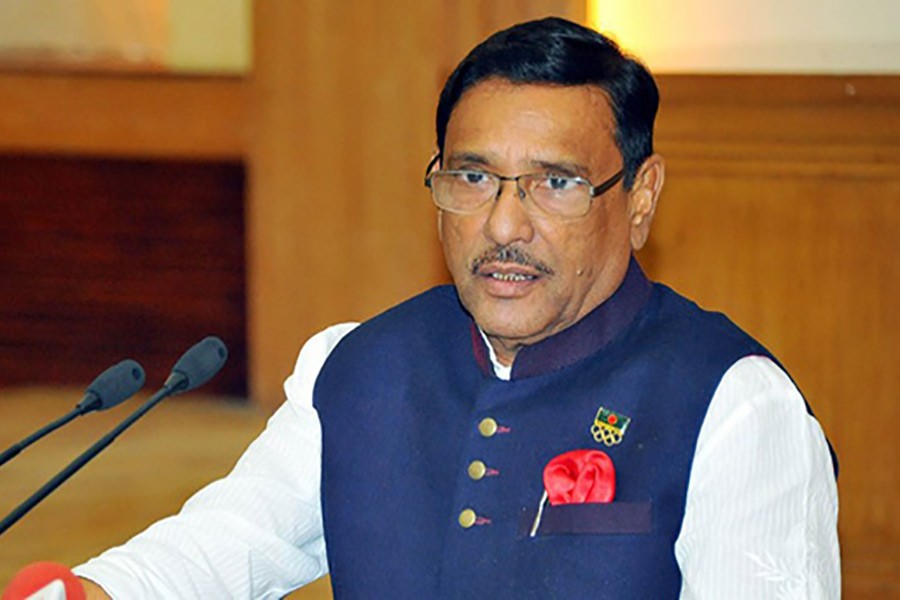 BNP will cripple the country, if comes to power, as it already paralysed the city roads in the name of rally.

Awami League General Secretary Obaidul Quader made the remarks on Sunday after the 25th meeting of the National Road Safety Council in Dhaka.

"Today's sufferings, created by the BNP rally, exceeded the tolerable limit, surpassed all woes on such occasions in the past," the Road Transport and Bridges Minister said.

He blamed the indiscipline of BNP leaders and activists for the public sufferings.

Obaidul Quader said such kind of rallies make sufferings but the political parties should keep it within the tolerable limit.

"But our leaders and activists were standing on the footpaths in a disciplined manner," he added.

"We will hold a citizens' rally on November 18 hailing the UNESCO recognition of the historic 7th March speech of the Father of the Nation as a world documentary heritage," the minister said.

Referring to BNP's allegation against the government about barring the people from entering Dhaka to attend the rally, the AL general secretary said such allegations have to be scrutinised.

It has to be scrutinised whether the government bars the BNP to hold the rally or they bar themselves as they are opponent of themselves, the minister added.

A BSS report says, the meeting approved a plan titled 'National Road Safety Strategic Action Plan' aimed at cutting down the road accident to 50 per cent.