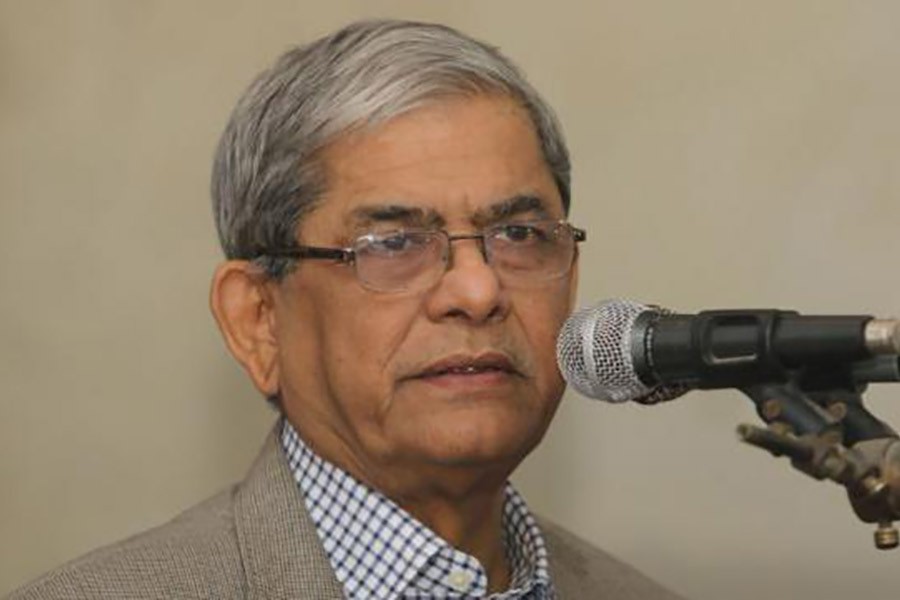 BNP has voiced concern over the military coup in Myanmar by revoking the parliament elected under the leadership of Aung San Suu Kyi.

In a statement issued on Tuesday, BNP Secretary General Mirza Fakhrul Islam Alamgir said their party thinks snatching the democratic rights and governing system which the people of Myanmar had attained through a long struggle is unethical and unacceptable, reports UNB.

“The people of Bangladesh want to see the continuation of democratic governance in Myanmar since they can feel well how the people of neighbouring Myanmar will be affected in absence of a political culture of accountability and an elected and accountable government,” he observed.

Fakhrul urged the government to take appropriate diplomatic steps to ensure the repatriation of Rohingyas to their motherland in Myanmar following the new political development in the country.

"Although more than a million of Rohingyas have been staying in Bangladesh for the past few years after being forcibly displaced from Myanmar, the government has not been able to make any arrangement for their safe repatriation," said Fakhrul.

"In the current new political context, BNP urges the government to take swift diplomatic actions so that the issue (of repatriation of Rohingyas) does not become more difficult or complicated," he added.