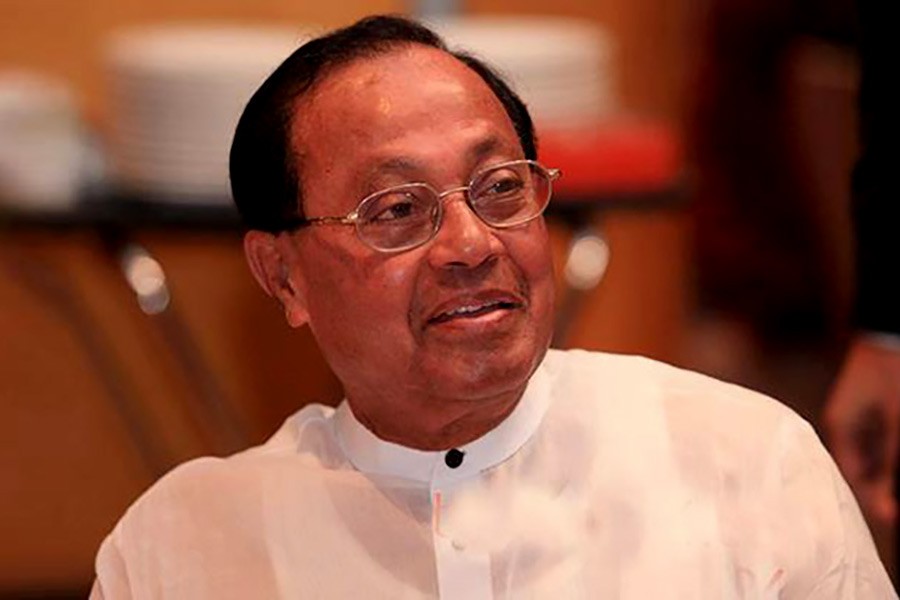 BNP will repeal the Digital Security Act 2018 and the draft Broadcast Bill 2018 within seven days, if the party can get mandate to form government.

Moudud, a BNP standing committee member, came up with the announcement on Saturday while addressing a human chain programme, reports UNB.

Moudud alleged that these two laws were prepared so that our newspapers and media can't present news independently.

Moudud alleged that the entire nation is now united under the banner of Jatiya Oikyafront as it was formed as per the desires of people of all walks of life.

He said the ruling party leaders' unguarded comments against the Jatiya Oikyafront have demonstrated that BNP's decision of forging the unity is right one.

"We'll intensify our unity further and ensure our leader (Khaleda's) release and force the government to hold the election under a neutral administration through it," he added.

The BNP leader warned the government that it will not be allowed to hold another unilateral election like that the 2014 one.

He criticised the government for denying Oikyafront permission to hold its maiden rally in Sylhet on October 23.

"A party (Jatiya Party) is holding a rally today (Saturday) with much enthusiasm without any obstruction. They allow all, except us, to hold rallies as it's a fascist and autocratic regime. It fears people and doesn't believe in the rule of law."

Claiming that Tarique was convicted in August-21 cases 'unlawfully' out of political vengeance, Moudud said people do not accept such 'dictated' verdicts.

He said Tarique will appeal in the High Court against the verdicts once he returns home.

"He'll prove wrong the verdicts given against him. I believe he'll be acquitted from the High Court through the appeal," Moudud added.