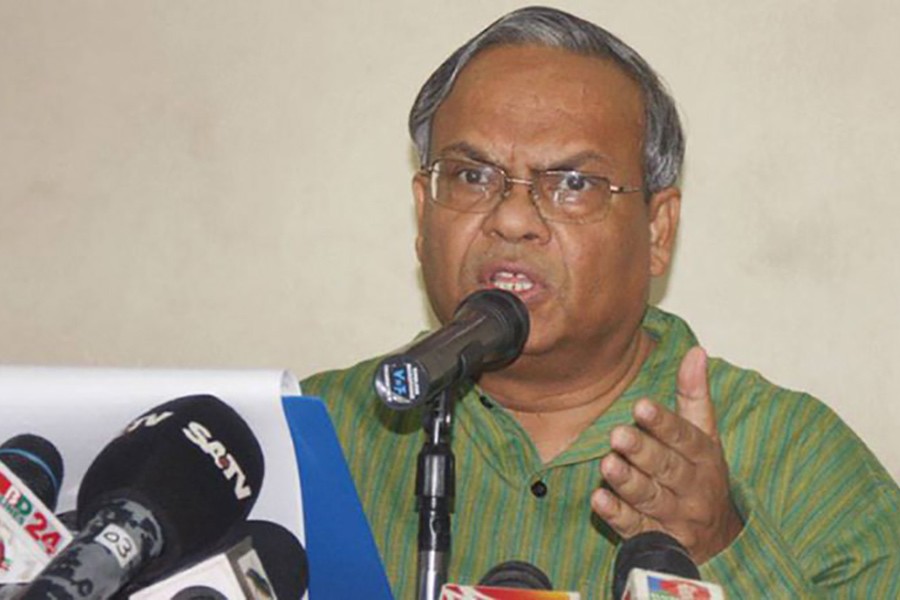 BNP will form a human chain in the city on Wednesday demanding the unconditional release of its ailing chairperson Khaleda Zia and her proper treatment.

The programme will be held from 11am to 12pm in front of the Jatiya Press Club.

BNP chairperson Khaleda Zia has been in jail since a special court convicted her in Zia Orphanage Trust graft case on February 8 last year.

"At the makeshift court inside the jail, Khaleda Zia herself yesterday (Sunday) said her physical condition is not good. Like the country's people, we're very concerned about her gradual falling of health," Rizvi said.

"Free our leader instead of creating any obstacle to granting her bail. Even, such inhuman attitude was not shown to the political prisoners in the colonial era. Don't sacrifice civilisation, justice and humanity only to cling to power illegally. Eschew inhumanity and allow our leader to receive proper treatment through releasing her from jail," he said.

Quader was admitted to the BSMMU on Sunday morning following his breathing complications and doctors found three blockages in his coronary arteries.