BNP to file writ with HC against fictitious cases: Moudud 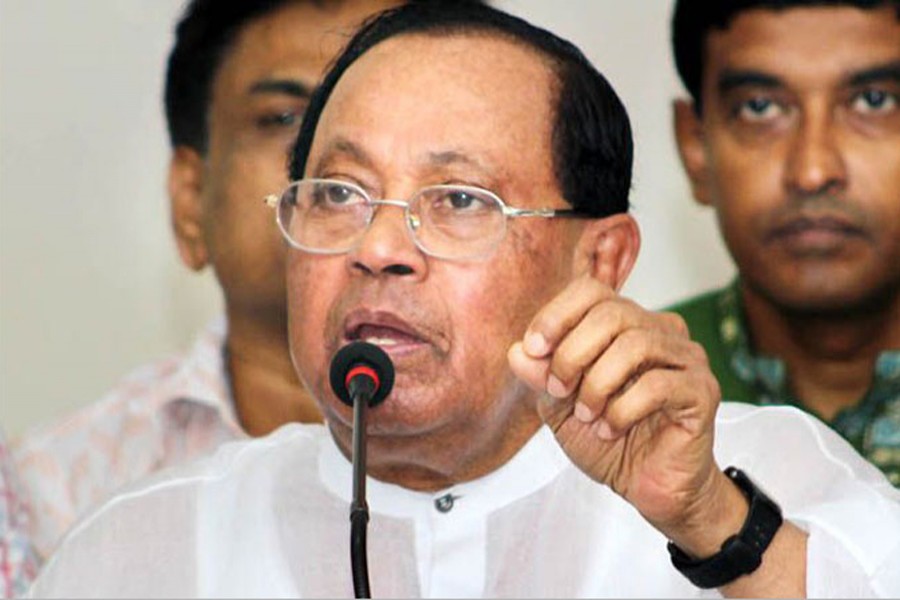 BNP senior leader Moudud Ahmed on Saturday said they mulling to file a writ petition with the High Court against the fictitious cases filed against their leader and activists.

"We are seriously considering filing of a writ petition with the High Court against the fictitious cases," he said.

Speaking at a press conference at party's Naya Paltan central office, the BNP leader said that through the writ they will seek the apex court's directive to take action against the police officers involved in filing such cases.

Moudud, a BNP standing committee member, alleged that the government is destroying the rule of law and justice through filing such fictitious cases.

He said the government's main intention is keeping BNP's senior to ward level leaders in jail to hold a unilateral election.

He warned that such cases will only invite danger for the government in the future.

The BNP secretary general alleged that their party's 4684 leaders and activists were arrested in 4,149 fictitious cases across the country from September 1 - October 5 this year.

Fakhrul alleged that the government is filing the cases as part of their evil plan to keep BNP away from election.

He said their party together with people will foil the government's all evil plans, UNB reported.

BNP standing committee member Khandaker Mosharraf Hossain said the government is destroying the election atmosphere by filing the fictitious cases against the BNP leaders and activists.

"The government is doing it out of its fear of facing consequences and losing power for the misdeeds it committed over the last 10 years," said the BNP leader.