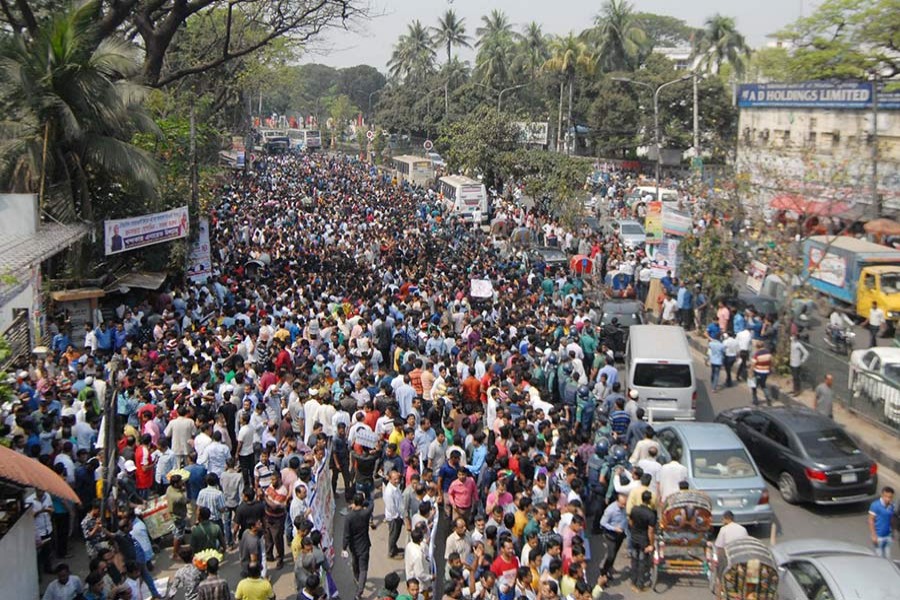 BNP leaders and activists have staged a protest in front of the National Press Club in Dhaka to demand the release of their party chief Khaleda Zia.

The hour-long programme began at around 11:00am and ended at 12:00 noon. BNP leaders said that concurrent protests occurred in metropolitan areas and district towns.

The BNP has also announced that it will conduct a two-hour symbolic hunger strike in Dhaka, metropolitan areas and district towns on September 12.

BNP activists and leaders began to gather at the Press Club at around 10:00 am with banners and placards. They chanted various slogans calling for Khaleda’s release.

As one side of the road in front of the Press Club was blocked by the protests, police arranged for traffic to be diverted on the other side.

The law enforcement agency tightened security in the area on Monday morning and deployed armoured vehicles and water cannons.

Khaleda has been serving a five-year prison sentence in the Zia Orphanage Trust graft case since the verdict was announced on February 8.

The BNP has so far conducted several rounds of protests calling for the party chief’s release.