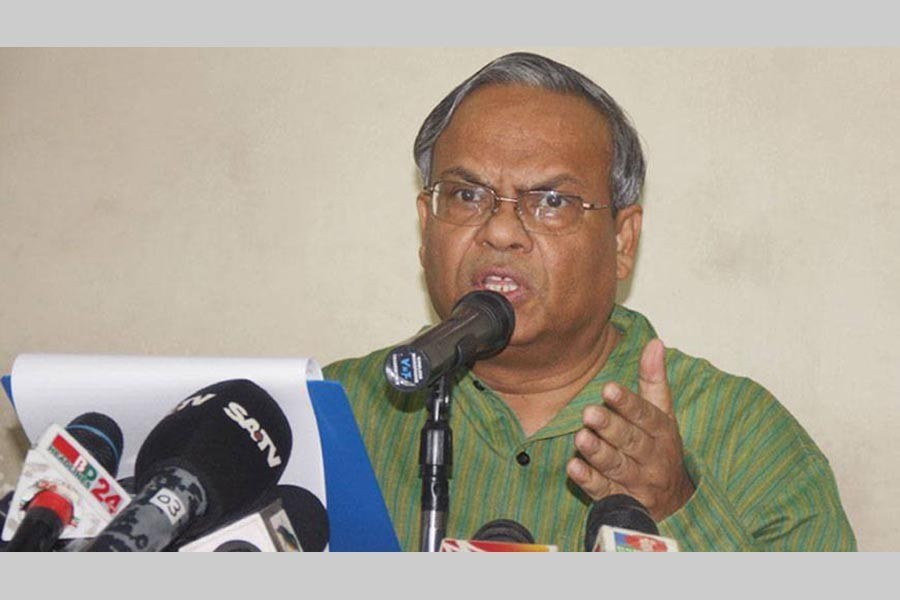 BNP on Thursday alleged that a 19-member Awami League delegation went to India as part of the party's 'desperate move' to hold another 'lopsided' general election in the country with interference by others.

"Did you go to India with a big team for a negotiation to stay in power? As the government has come to know that Awami League won't get more than 20-22 seats in fair polls, they're now making frantic efforts for holding a one-sided election with interference by others," he said.

The BNP leader warned that people will not give the ruling party any scope this time to cling to power by holding a stage-managed election, reports UNB.

A 19-member Awami League delegation, led by its general secretary Obaidul Quader, went to India on a three-day visit on April 22.

Returning home, the party's joint general secretary Hanif at a programme at Mahanagar Natya Mancha in Dhaka on Wednesday said, "As long as Sheikh Hasina is alive and able to work, she will remain the Prime Minister and Awami league will be there in power."

Rizvi said the ruling party leader's comment also revealed the government's dangerous sinister plan to push the country into a civil war. "His comment carries an indication that the government has a plan to restore one-party Baksal rule by exiling democracy forever."

He renewed BNP's demand for ensuring better treatment of their ailing chairperson Khaleda Zia at United Hospital by her personal physicians.

The BNP leader alleged that State Minister for Foreign Affairs M Shahriar Alam has raised an absurd question about their acting chairman Tarique Rahman's Bangladeshi citizenship only to divert people's attention to a different direction from the issue of Khaleda's illness.

He said Tarique submitted his passport to the British Home Office only for getting the political asylum there. "He didn't surrender his passport, but the government is spreading a false campaign about it."

He questioned the Prime Minister whether she gave up her Bangladeshi citizenship during her stay in India's Delhi after the assassination of her father in 1975.