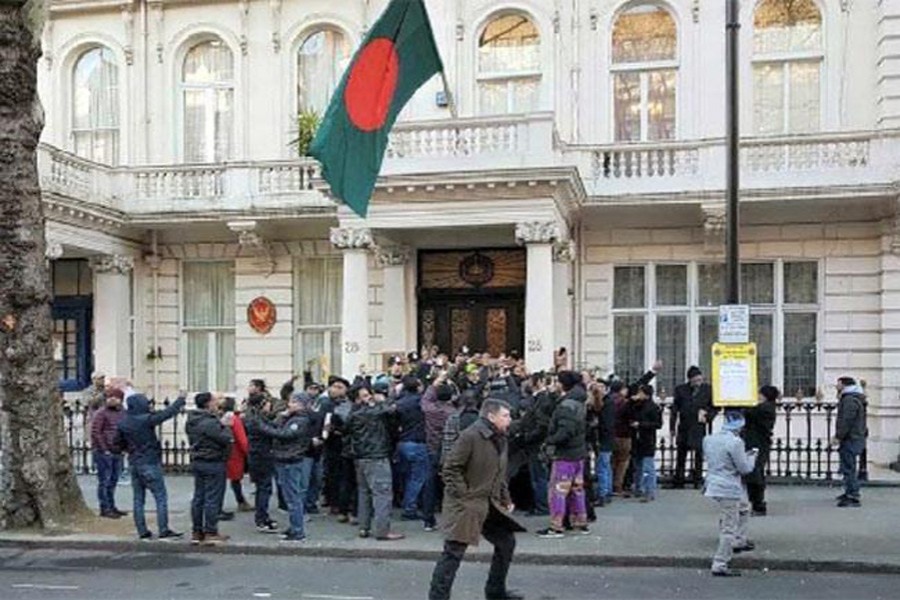 BNP on Tuesday heavily come down on Awami League general secretary Obaidul Quader for his remark regarding involvement of Tarique Rahman in the recent attack on Bangladesh High Commission office in London.

The party termed 'baseless and fabricated' Obaidul Quader's comment that its acting chairman Tarique Rahman was behind the attack.

He made the comment while speaking at a press conference in the city on Tuesday. Rizvi said Tarique Rahman never asked his party men to indulge in violence or show any inhumane attitude towards his political opponents.

On Monday, Quader, also the Road Transport and Bridges Minister, claimed that Tarique was involved with the attack in London.

He also alleged that the BNP acting chairman has been carrying out various plots against the country.

BNP leaders and activists reportedly attacked the High Commission on February 7 during their protest in front of it.

Meanwhile, the UK chapter of BNP apologised for what it said an unexpected incident at the High Commission.

A statement, signed by UK BNP president MA Malek and general secretary Kaisar M Ahmed, said when the UK unit BNP leaders went to submit a memorandum at the Bangladesh High Commission in London on February 7, the acting high commissioner refused to accept it and showed utter bad manner to them which lead to some isolated incidents.