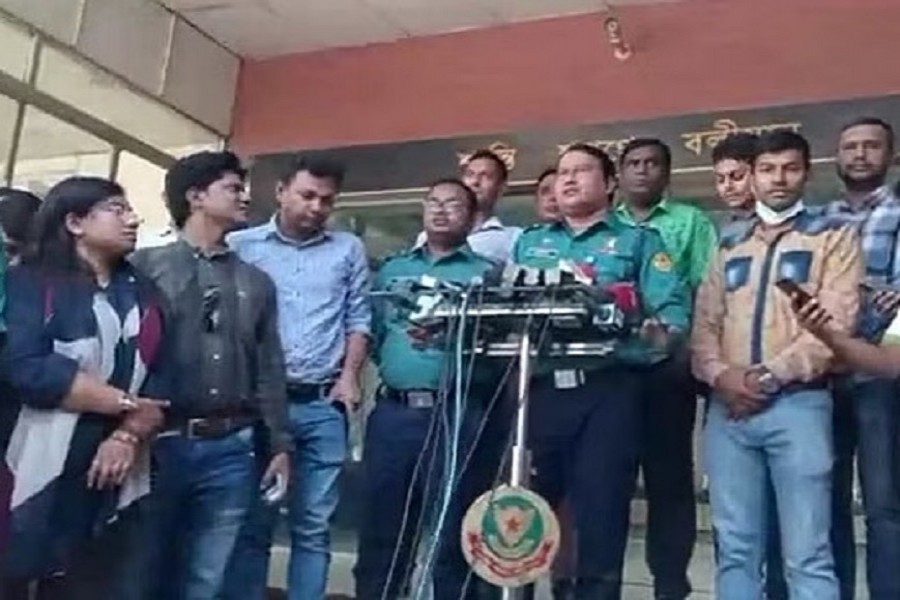 Police will review intelligence reports from government agencies to decide whether to allow the BNP to hold a rally in Dhaka on Dec 10.

During the meeting with the DMP chief on Tuesday, the BNP leaders also demanded that no activists are obstructed from joining the programme.

Police will also check which venue will be suitable for the rally, he said.

Aman Ullah Aman, a vice-chairman of the BNP and a member of the delegation that met the DMP chief at its headquarters on Minto Road, said they want to hold the rally outside their office in Naya Paltan.

“We’ve asked the DMP commissioner to ensure that our activists are not barred from joining the rally and the Awami League is not allowed to create chaos.”

The BNP has held a series of rallies in major cities demanding justice for activists killed during protests, unconditional release of Chairperson Khaleda Zia who is out on suspended sentences in corruption cases, and a caretaker government during the next parliamentary election.

The party recently bolstered its protests demanding the resignation of Sheikh Hasina as prime minister before the next election to be held at the end of 2023 or in early 2024.

Some BNP leaders have suggested the country will run on orders from Khaleda from Dec 10, prompting the Awami League to respond harshly.

Referring to deadly violence during protests in 2015, Hasina warned the BNP against “overdoing” things in their movement to topple the government, threatening to send Khaleda back to jail.

The BNP continued to organise rallies in the major rallies despite transport strikes that appeared to aim at preventing its activists from joining the programmes.

The party and a new anti-government alliance, the Ganatantra Mancha, decided on Tuesday to combine their efforts to oust the ruling Awami League government and call for a non-partisan caretaker government for the upcoming election.