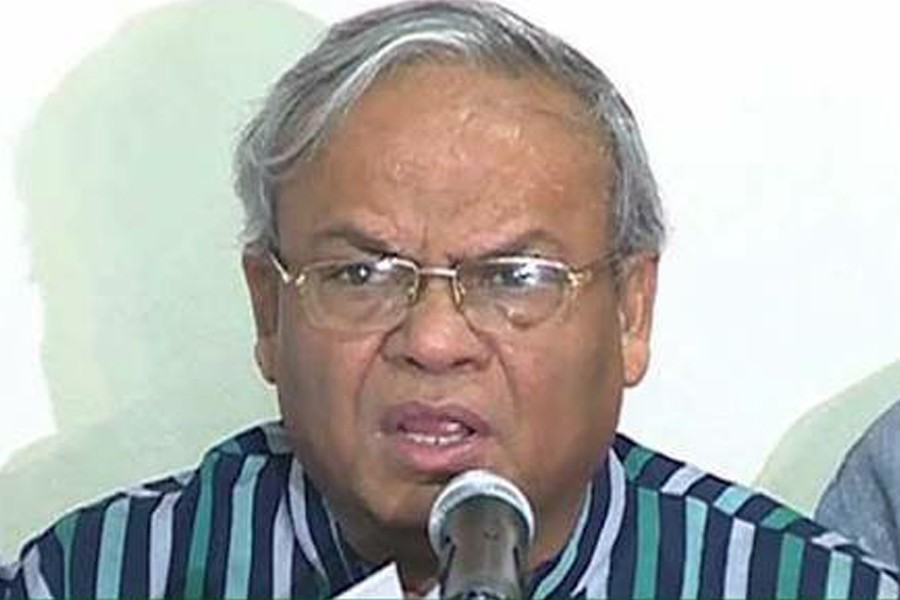 BNP leaders and activists will submit memorandums to deputy commissioners (DCs) across the country on Thursday demanding its chairperson Khaleda Zia's proper medical treatment and her release from jail before Eid-ul-Fitr.

He alleged that though their chairperson is seriously sick in jail, the government is completely ignoring her treatment issue.

The BNP leader said Khaleda's physicians suggested taking her to United Hospital for better treatment, but the government wants to treat her at Bangabandhu Sheikh Mujib Medical University (BSMMU) by its partisan physicians.

"It won't be possible to ensure proper treatment of Khaleda Zia by Awami League's doctors as neither she (Khaleda) nor people has confidence in them," he added.

Rizvi also alleged that the government is trying to take Khaleda to BSMMU as part of its 'plot and evil design'.

He demanded the government release Khaleda from jail before the Eid and immediately send her to United Hospital for better treatment.