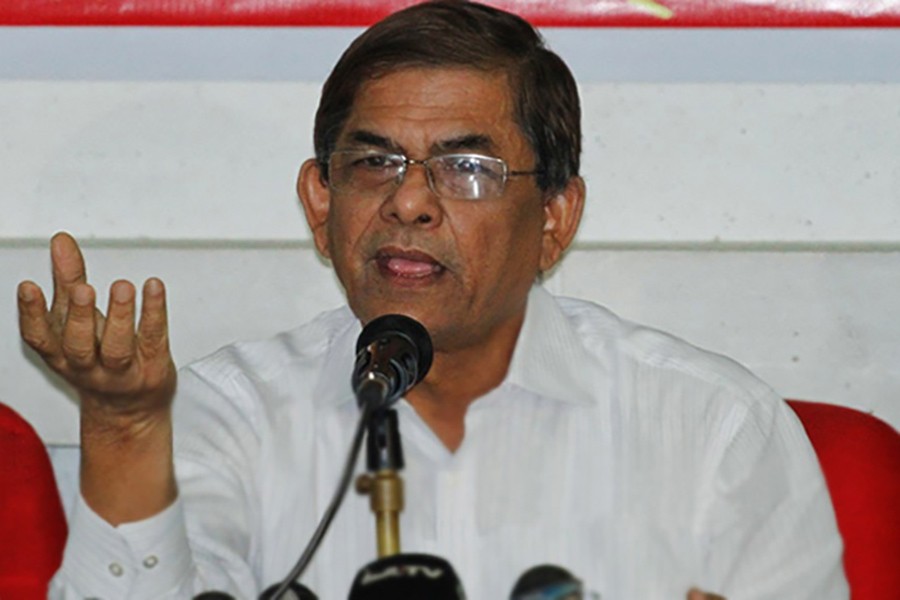 BNP has turned down the Gazipur City Corporation (GCC) election results and demanded re-election to it.

"It was only a mockery in the name of election in Gazipur. They've invented a new tactic of vote rigging and applied it," said BNP Secretary General Mirza Fakhrul Islam Alamgir.

Speaking at a press conference on Wednesday, he further said, "We turn down Gazipur city election results with hatred and we demand re-election to it."

BNP arranged the press conference at its chairperson's Gulshan office to give the party's formal reaction over the election results,  according to a UNB report.

Fakhrul urged people to take a strong stance against vote rigging in Gazipur.

He alleged that the Gazipur election was held in the same manner as in Khulna.

"Awami League has taken the election results in favour of it by using law enforcers, administration and the Election Commission as it has got isolated from people," the BNP leader said.

He also alleged that the government snatched BNP's victory with the direct help of the EC in Gazipur.

"They're using the state machinery and threatening media to refrain from presenting the facts," he further said.

Awami League candidate Jahangir Alam was declared elected in the GCC election on Wednesday as he defeated his rival BNP contestant Hasan Uddin Sarker by a huge margin, bagging a total of 4,00,010 votes.