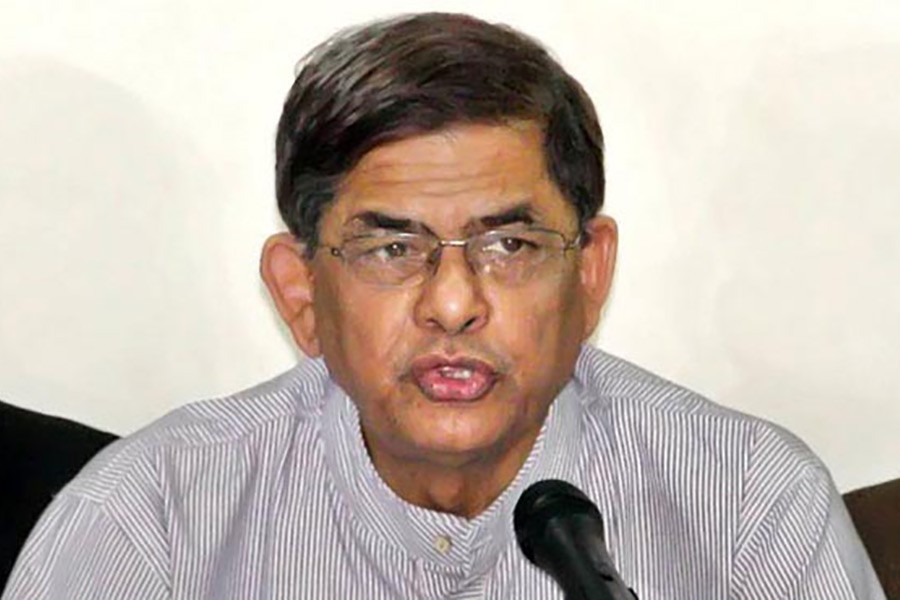 BNP on Saturday alleged that the ownership of the country's first communication satellite, Bangabandhu-1, has gone to the hands of two persons.

"This is fine that they've launched the satellite. Now let the satellite function and move in the space, and we'll talk about it later," said BNP secretary general Mirza Fakhrul Islam Alamgir.

The BNP leader said it while speaking at a programme at the Jatiya Press Club demanding proper treatment of BNP chairperson Khaleda Zia and her release from jail, and protesting the recent attack on Dr Samiul Alam Suhan near Doel Chattar in the capital.

Speaking at a discussion, he further said, "Do you know the ownership of the satellite has gone to two people? Now you (govt) have to buy its service from them."

Fakhrul said though the government has sent the satellite to the space, the country's people are going through immense sufferings.

He described the current government as unelected one, and questioned the validity of the deals it has been singing with different countries.

In an oblique reference to the media reports about some recent defence deals with India, the BNP leader said, "Many deals are being signed. Who has given her (PM) the right to ink the deal since parliament is not elected with people's votes."

He also said the deals signed by the current government are not people's ones. "We'll examine all the deals."

Fakhrul said the government has inked a repatriation deal with Myanmar, but it could not yet send even a single Rohingya back.

Though the government used to say that India is its best friend, but it could not yet sign the most important Teesta water-sharing treaty.