BNP plans to hit streets ahead of election anniversary 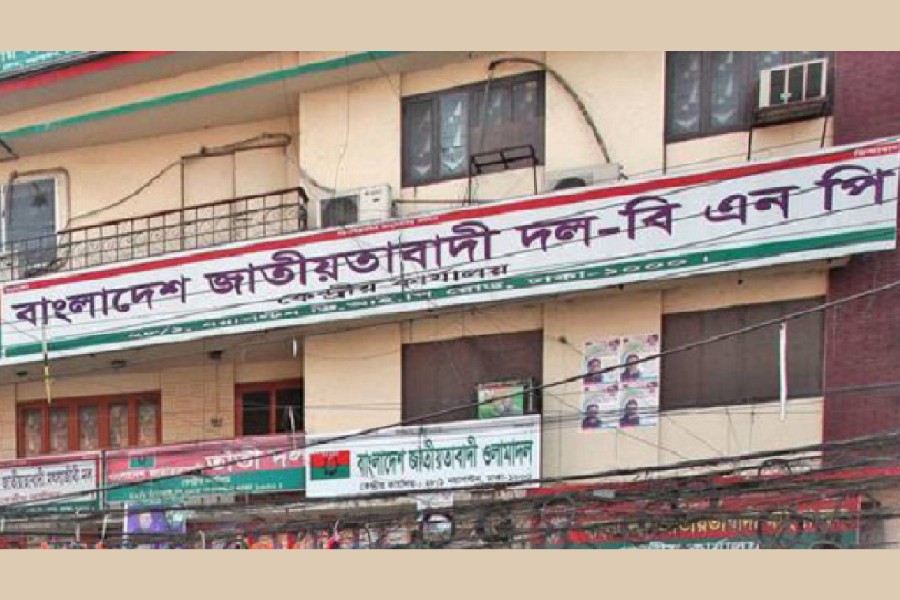 BNP is likely to come up with simultaneous action programmes across the country from December 5 in its efforts to mount pressure on the government to release its chairperson Khaleda Zia and register its protest against the 11th parliamentary election on its first anniversary.

BNP insiders said the party leaders and activists may bring out processions and stage demonstrations all over the country, especially at every thana unit in Dhaka, simultaneously without any prior announcement on December 5 and onward, showing their strength on the streets.

Talking to UNB, some party senior leaders said the nature of their movement will depend on Appellate Division’s order on the hearing of Khaleda Zia’s bail petition in Charitable Trust graft case on December 5.

If the bail petition is rejected, they said, they have a plan to stage a big showdown and launch a one-point oust-government movement.

A BNP standing committee member, wishing anonymity, said their party senior leaders during their recent visits to different districts gave the grassroots leaders the necessary directions about a ‘vigorous’ movement from early December.

“We’re under serious pressure from the grassroots leaders to launch an immediate movement to free our chairperson. Our grassroots leaders are upset as we’re not announcing consecutive action programmes to have Khaleda Zia freed and protest against government’s misrule. They also want our party to announce strong programmes on the first anniversary of the December-30 election,” he said.

The BNP leader said they hope Khaleda will get bail on December 5. “If she’s denied bail, we’ll stage various programmes throughout the month. We also have a plan to take position on the streets on December 29 and 30 to register our strong protest against the farcical and ‘nighttime’ voting in 11th parliamentary election.”

He also said they have instructed their leaders and activists, including the grassroots ones, not to indulge in violence like vandalising vehicles and damage public property.

However, another BNP standing committee member, said a group of party senior leaders are against waging any strong movement right now as they think it will only invite tough action against them by the government which eventually may demoralise the party rank and file, UNB reported.

But, he said, most party leaders, especially the younger ones, are happy with the recent demonstration of party men in front of the High Court, led by Abdullah Al Noman, and they think such programmes should continue to encourage people to take to the streets against the government.

“If she’s denied bail, our standing committee members will sit in a meeting to work out our party’s next course of action considering the overall situation,” he said.

Fakhrul said their standing committee will also decide what action programmes the party should take on the first anniversary of the 11th parliamentary election.

BNP standing committee member Khandaker Mosharraf Hossain said they will have no other alternative to launching a one-point oust-government movement if Khaleda Zia is not freed on bail.

“If we see Khaleda Zia is not granted bail on December 5, we’ll understand it won’t be possible to free our leader (on bail) due to the government’s interference, and we’ll then be forced to wage a strong movement,” he added.

He said their party leaders and activists are ready to take to the streets to ensure the fall of the government. “But our movement will be peaceful.”

BNP standing committee member Moudud Ahmed said, “People are angry with the government, and they want our party to announce action programmes against it. We’ll surely declare our programmes in due time. We’ll take effective programmes so that a mass upsurge is created.”

BNP vice chairman Barkatullah Bulu said their party’s grassroots leaders and activists are creating pressure on policymakers to go for a vigorous movement right now to get Khaleda freed from jail. “So, the central leaders are planning to go for it. We’re ready to make any kind of sacrifice to make our movement a success.”