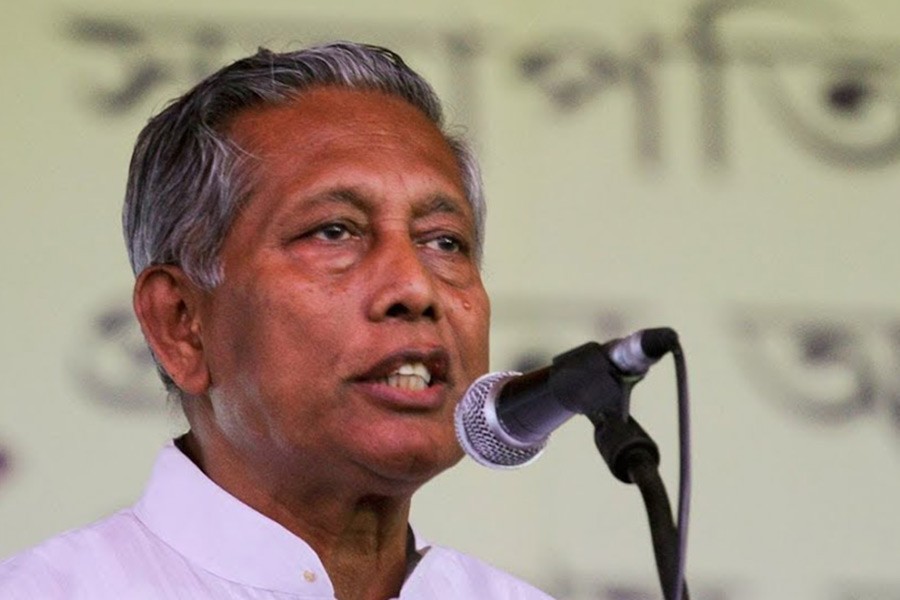 The 14-party alliance led by Awami League (AL) has alleged that BNP and Jatiya Oikyafront are trying to make next general election questionable.

Leaders of the alliance also urged the Election Commission (EC) to take necessary steps against the attempt, reports BSS.

They made demand when a 12-member delegation led by Samyabadi Dal General Secretary Dilip Barua met the EC on Friday.

After the meeting, Dilip Barua termed BNP and Jatiya Oikyafront’s role over the ensuing election as double standard and mischievous.

He went on saying that BNP and Jatiya Oikyafront are taking preparations to participate in the election side by side grumbling with baseless and false complaints to destroy peaceful and festive atmosphere of the election.

He said, “BNP is making comments violating electoral code of conduct. But Jatiya Oikyafront leader Dr Kamal Hossain is silent though he is an eminent jurist.”

BNP and Jatiya Oikyafront are conspiring to create unstable situation during the election for implementing their secret agenda, the leaders of the 14-party alliance said.