BNP nomination hopefuls gather at Gulshan to get party ticket 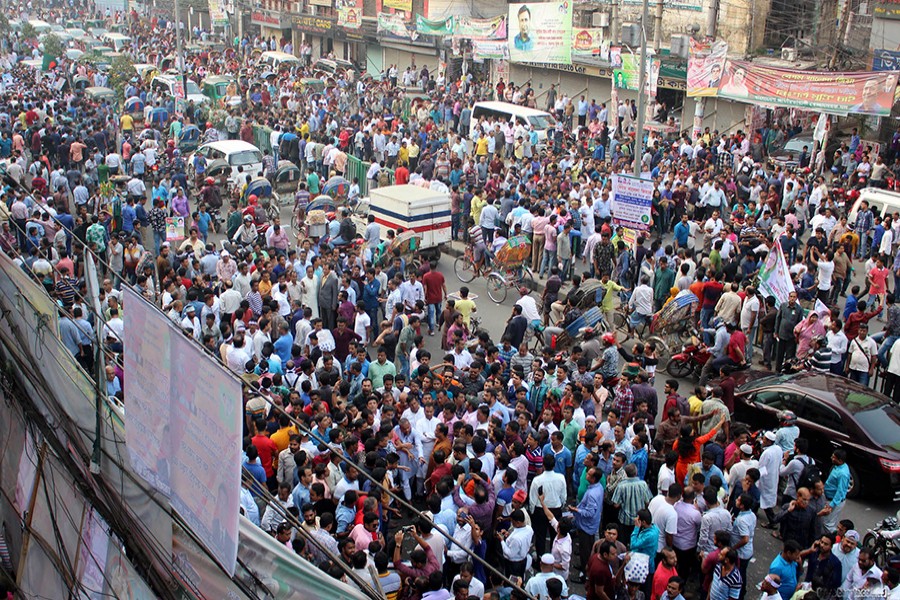 BNP nomination aspirants have started gathering in front of its Chairperson's Gulshan office as the party will formally start issuing confirmation letters this (Monday) afternoon to the candidates its board selected for contesting the forthcoming national election.

A number of senior BNP leaders said the distribution process was scheduled to start at 10:30am but later they decided to start it after 2:00pm as necessary works for issuing the letters could not be completed in the morning, according to a news agency report.

Another party standing committee member, Gayeshwar Chandra Roy, said they have finalised the list of their party candidates. "We're now in discussions with our partners of the Jatiya Oikyafront and the 20-party."

Gayeshwar said their party standing committee nominated the candidates based on their competence, capability, and popularity.

Party insiders said some of its leaders informally received their nomination letters on Sunday night while most of the nomination hopefuls are staying in the capital city to get the party tickets on Monday.

The BNP leaders also hinted that 150-200 nomination seekers will be given party tickets on the first day while the rest will get those later.

A leader close to Fakhrul said, "The BNP leader signed the nomination letters of the 200 selected candidates of the party at the night."

He said the BNP standing committee decided to share nearly 10 seats with Gano Forum, three each with Nagorik Oikya, JSD, and Krishak Sramik Janata League while 40 seats with the 20-party alliance partners.