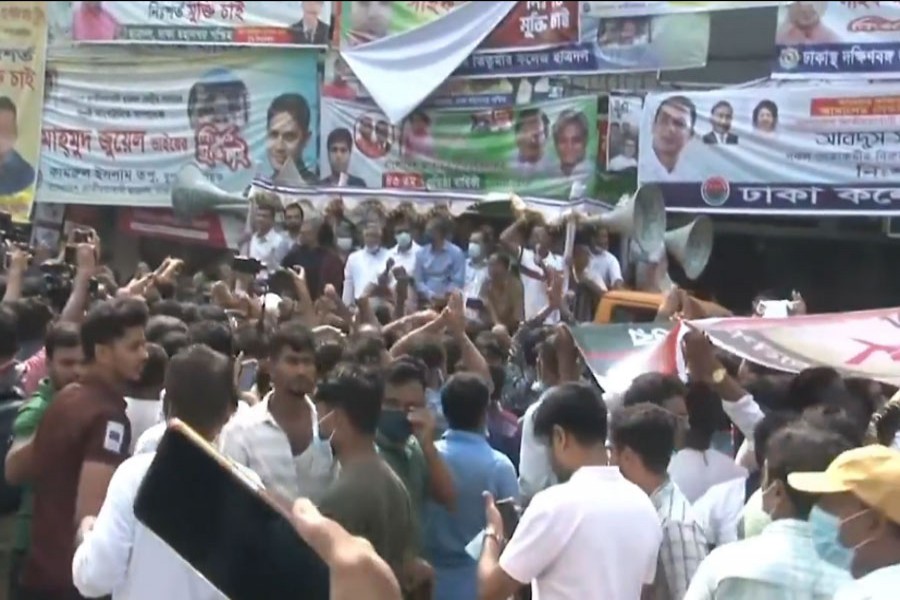 BNP activists and police clashed with police in the capital's Nayapaltan area on Tuesday, leaving an unspecified number of people injured.

The clash took place around 11:30 am when some BNP men broke out a procession towards Kakrail crossing after the end of a ‘peace rally’ in front of their office.

As police tried to obstruct the procession, BNP activists locked in the clash by throwing brickbats towards police, reports UNB.

At one stage, police charged batons on the BNP men and fired tear gas canisters at them.

Several hundred BNP leaders and activists started gathering in front of BNP’s central office since the morning to join the peace rally in protest against the recent communal violence in the country.

Huge cops have been deployed in and around the BNP central office since morning.

BNP standing committee member Gayeshwar Chandra Roy alleged that police obstructed their leaders and activists to join the rally and arrested many of them.