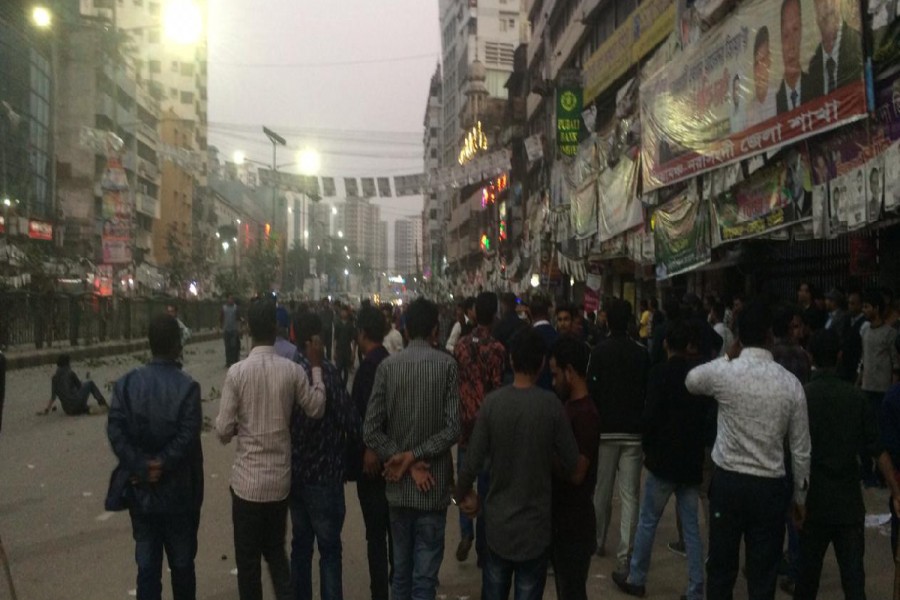 Awami League and BNP activists were locked into a clash in front of BNP central office at Nayapaltan in the capital on Saturday afternoon.

Witnesses said when some AL activists were crossing the BNP office around 5:30pm chanting slogans, some BNP men from its office chanted counter-slogans, triggering a chase and counter-chase between them.

Police then rushed to the spot and controlled the situation.

Earlier, the balloting for the elections to the two Dhaka city corporations began at 8:00am and concluded at 4:00pm without any break.

Bringing various allegations of irregularities in the city polls BNP alleged that “a farce was staged” in the name of elections to two Dhaka city corporations, reports UNB.