Concern over torture on Rohingyas 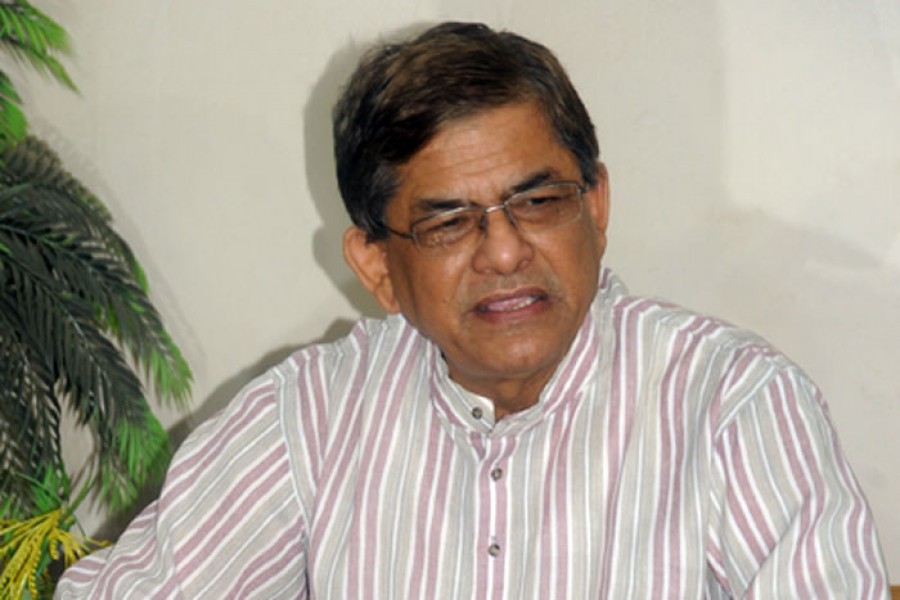 BNP on Friday alleged that the government was out to restore one-party rule by creating a reign of terror through incidents of killing and forced disappearance, reports UNB.

"They are trying to suppress democracy and restore one-party rule by indulging in killing, forced disappearance, terrorism and filing false cases against their opponents. But the people will restore democracy through a movement as they love it," said BNP secretary general Mirza Fakhrul Islam Alamgir.

He came up with the remarks while talking to reporters after placing a wreath at BNP founder Ziaur Rahman's grave marking the party's 35th founding anniversary.

Mentioning that their party has been in a movement against the current fascist regime, Fakhrul said their Chairperson khaleda Zia together with country's people would restore democracy. "On this day of our party's founding anniversary we take a vow we won't return home until the democracy is restored."

The country's people have got fed up with the rule of the current government as he said it has enforced misrule on them by snatching away all basic rights.

Replying to a question Fakhrul said their Chairperson would present their party's election time supportive government formula at the right time.

On September 1, 1978, late President Ziaur Rahman founded the party wooing leaders and activists from different parties with a 19-point programme to build a self-reliant Bangladesh.

In the 39 years' journey of the party, BNP had been in power for four times and in the opposition in parliament twice. But following the January 5, 2014 election boycott, the party is also out of parliament now.

The party has been out of power for 11 years since the 1/11 political changeover.

Though BNP Chairperson Khaleda Zia has been in London for treatment, several thousand BNP leaders and activists under the leadership of their senior leader thronged since morning on the premises of Zia's grave and they later placed the wreath around 10am paying homage to him on the occasion.

Fakhrul also voiced deep concern over the 'inhuman' and 'brutal' torture on Rohingya community in Myanmar.

He also urged Bangladesh government to give shelter to the Rohingyas who are coming to Bangladesh to protect their lives.