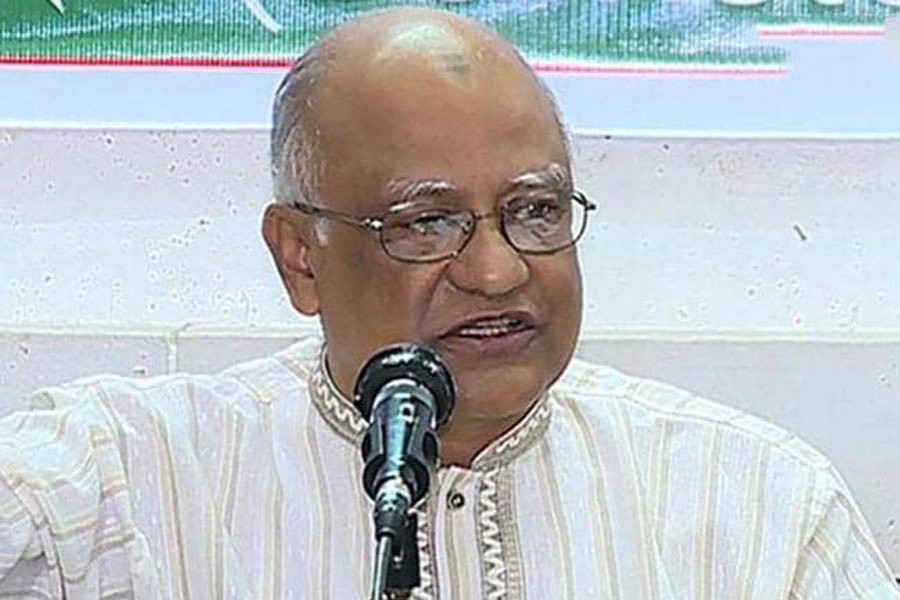 Two senior leaders of BNP have called for a national council of the party to bring changes to its leadership after the general election debacle.

A handful of leaders and activists attended the programme at the Supreme Court Bar Association Auditorium, according to bdnews24.com.

“The party must be restructured through a council. The tested leaders and activists who are comparatively more devoted must be brought to the leadership,” said Khandaker Mosharraf.

“And we, who have been identified as failed ones, must leave the posts for the youth. Only then can the BNP turn around,” he added.

The BNP, which sat out of boycotted the 2014 elections, joined the Dec 30 general polls under the umbrella of the Jatiya Oikya Front alliance headed by Dr Kamal Hossain.

With their Chairperson Khaleda Zia in jail for corruption and her son and party’s acting chief Tarique Rahman in exile in London, the party managed only seven seats.

It was the biggest election defeat for the BNP formed by Bangladesh’s first military ruler Ziaur Rahman four decades ago.

The BNP and its partners have rejected the results. They have demanded fresh elections alleging widespread vote rigging and intimidation of their candidates and supporters.

“We lost in 2008 after being subjected to a similar conspiracy. Our leaders and activists across the country turned around bravely later after a council. That’s why the government was afraid of organising fair polls on Dec 30,” Khandaker Mosharraf said.

The BNP has no alternative to organising another council to overcome the current situation, he observed.

Moudud also said those who suffered greatly during the party’s bad times must be brought to the fore to reform the party.

“We, the elderly, will step aside if necessary. But this party must survive. The only way for this (to happen) is reforms. And we must do it within a few months. Only then will we be able to turn around,” he added.