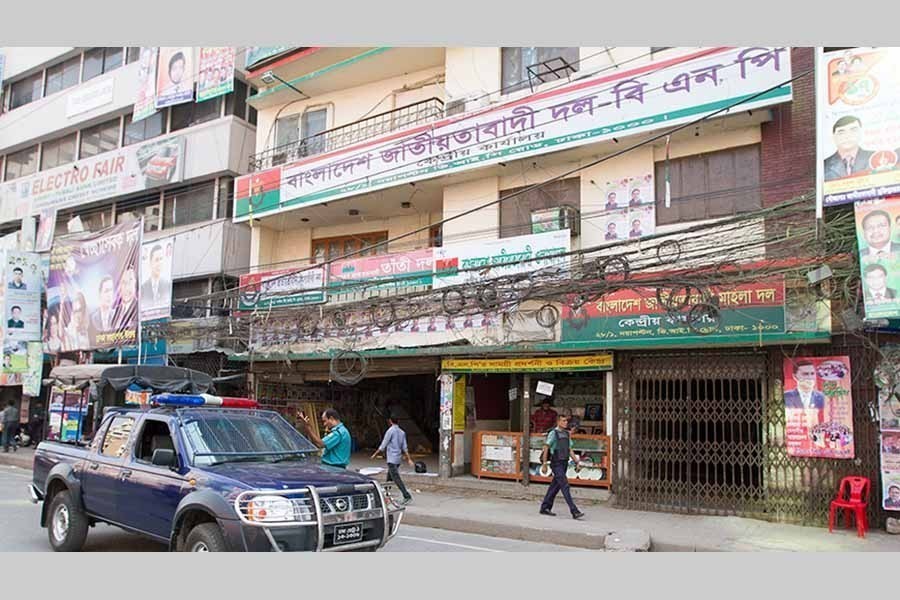 BNP Chairperson Khaleda Zia held an urgent meeting of her party's standing committee Saturday night.
The meeting was held as a Dhaka court fixed date for pronouncing verdict in a graft case filed against her.
The meeting began around 9:30pm at the BNP chairperson's Gulshan office with Khaleda Zia in the chair.
A BNP standing committee member wishing anonymity said they are likely to discuss the issues relating to the probable court verdict in the Zia Orphanage Trust graft case and work out the party's next course of action.
He said they may elaborately discuss the possible measures to face any evolving political situation if their chairperson is 'unlawfully' convicted.
"It'll be a very crucial meeting, and we may take a decision to launch a decisive movement if our chairperson is deprived of justice," the BNP leader said.
On Thursday, the Special Court-5 in Dhaka fixed February 8 to deliver verdict in the Zia Orphanage Trust graft case against Khaleda and five others.
On August 8, 2011, the commission filed the Zia Charitable Trust graft case with Tejgaon Police Station accusing four people, including Khaleda Zia, of abusing power in raising funds for the trust from unknown sources.
Hours after the court fixed date for delivering verdict, BNP senior leaders warned that their party will take to the streets with strong agitation programmes if Khaleda is illegitimately convicted.
Khaleda will be disqualified for the next general election if she is convicted in the case, according to UNB.
On Thursday, BNP secretary general Mirza Fakhrul Islam Alamgir feared that the verdicts in graft case will be pronounced 'as per the Prime Minister's desire'.
\