BNP killing time in indecision to skip next polls: Quader 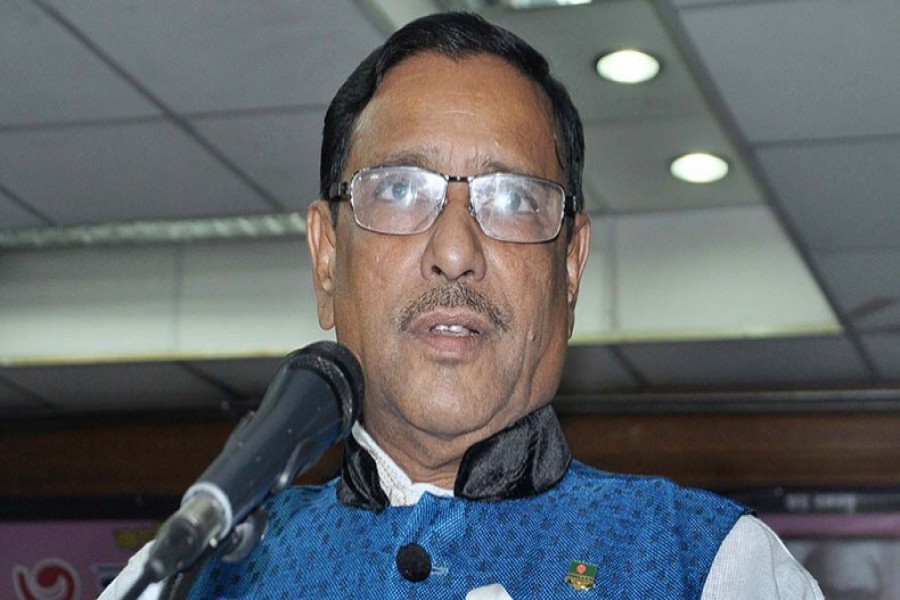 He came up with the allegation while inaugurating the foot overbridge at Shonir Akhra in the city over the Dhaka-Chittagong Highway.

"In view of their activities and statements, it seems that BNP doesn't want to take part in the next general election...So, they are playing many tricks," he said.

Quader also Road Transport and Bridges Minister said the verdict of BNP Chief Begum Khaleda Zia's corruption case is yet to be announced. But they (BNP leaders) are making many speculations about the verdict, he added.

Quader said, "If BNP carries out sabotage, violence, or arson attacks on the people in the name of movement centering the verdict of Begum Zia's corruption case, the common people will resist such acts."

The government has no role regarding the verdict of the court, he said, adding, "We would not instigate anything over the verdict as we are in power and it is our responsibility to maintain law and order in the country."

Quader said BNP will face public wrath if they want to create any type of unstable situation in the country, according to BSS.

The minister urged all to use foot overbridges to avoid road accidents.