‘BNP getting ready to wage movement for freeing Khaleda’ 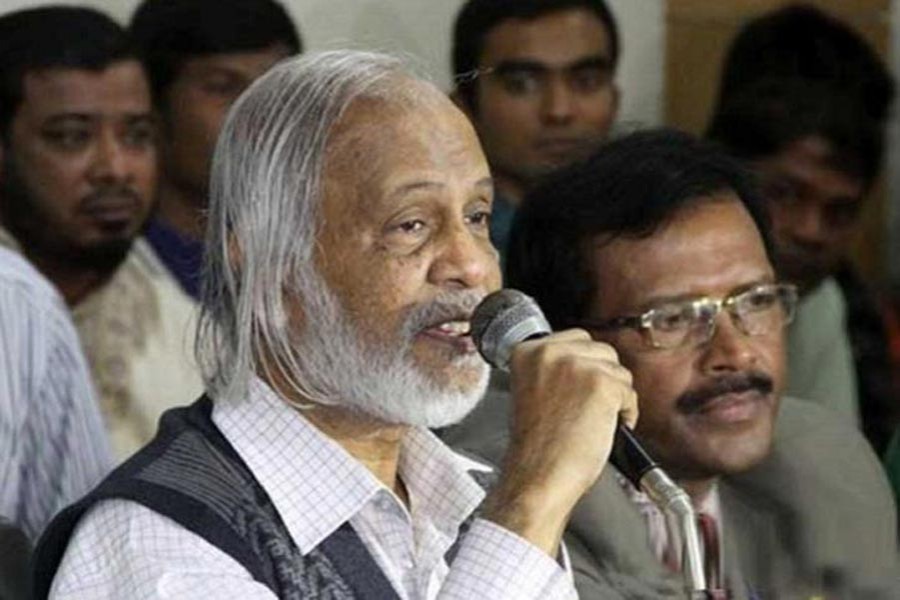 BNP senior leader Dr Abdul Moyeen Khan on Friday said their party is getting ready to wage a movement together with people to free their chairperson Khaleda Zia from jail, reports UNB.

"We must free our leader Khaleda Zia from jail. Many people are telling us to take to the streets with 100,000s of people. We're taking preparations for that," he said.

Dr Moyeen, a BNP standing committee member, came up with the remarks while speaking at a discussion arranged by Nagorik Andolon Forum at Dhaka Reporters' Unity (DRU, demanding Khaleda's release.

He said their party is now working to strengthen its organisational capacity by involving people. "Our movement won't be successful if our 10 people die in police and Rab firings on the streets. We need adequate strength to fight against the autocratic regime, and we'll surely achieve that."

The BNP leader urged his party colleagues to mobilise public support both at home and abroad to create an atmosphere for the release of Khaleda Zia.

He criticised two Gono Forum MPs -- Sultan Mansur and Mokabbir Khan -- for taking oath as MPs of what he said a 'fake' parliament.

"There's no scope to work for people and democracy in the current parliament which is not formed with people's elected representatives. Those who think they'll raise voice in parliament in favour of people are living in fool's paradise," Dr Moyeen said.

He also said people did not participate in the recent upazila polls as they lost their confidence in the election system after 'vote fraud' in the 11th parliamentary election.