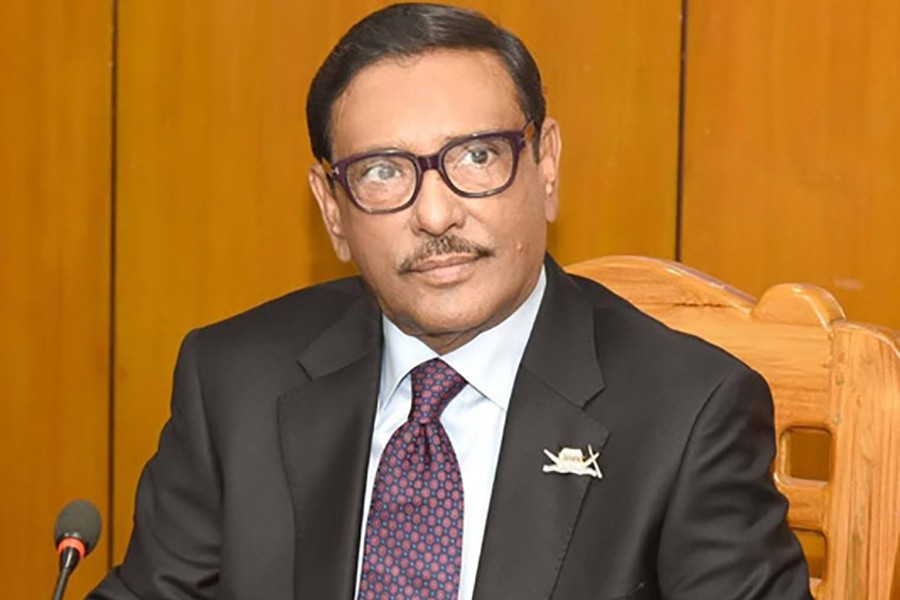 Awami League General Secretary Obaidul Quader has said BNP is finding excuses for staying away from the Dhaka city polls because of their apprehension to lose the elections.

“BNP has apprehension of losing the election. So, they are finding different excuses for staying away from the election,” he told journalists after a function at BRAC Centre at Mahakhali in Dhaka on Saturday.

Asked about BNP’s allegation that the government is using everything to win the polls, the road transport and bridges minister said BNP beats around the bush.

“BNP will have to prove where Awami League violates the electoral code of conduct and how the government interferes into the polls,” he said.

About the remarks of Shushashoner Jonno Nagorik (Shujan) regarding city elections, he said AL candidate won the by-polls to Chattogram-8 constituency while BNP mayoral contestant won the Dupchanchia municipality elections in Bagura through the electronic voting machine (EVM) system.

If any kind of rigging or forgery took place in the polls or through the EVM system, why the voter turnout was low, he questioned.

Quader said if the government had any ill motive, the turnout would have been higher. So, the allegation of rigging is illogical, he added.

The minister said only making complaints without giving any specific proofs cannot be accepted.

Earlier, the minister addressed a certificate giving ceremony for women drivers of vehicles at the BRAC centre.