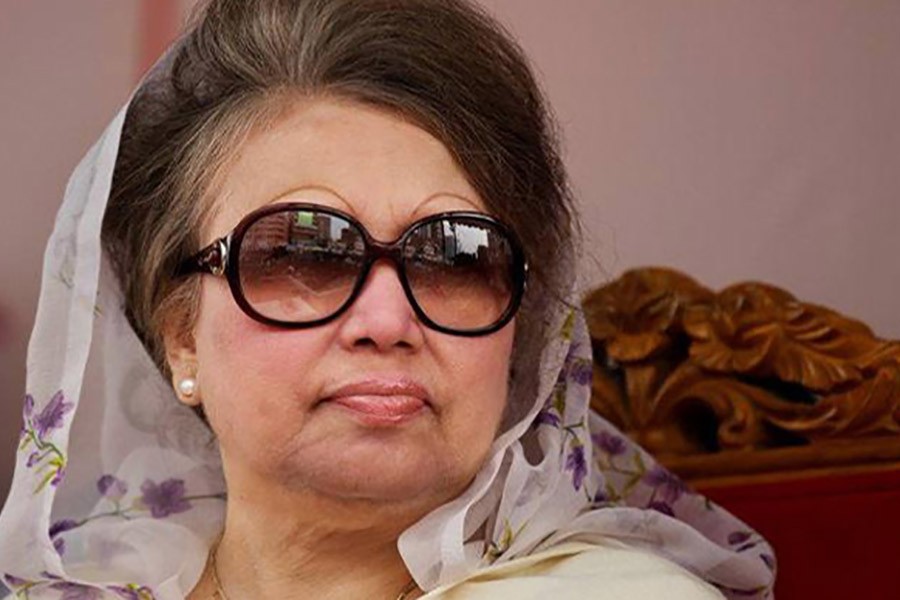 BNP started 2019 with a bad note - a drubbing in the national election. Now Khaleda Zia’s party is going to step into the new year without showing any sign that it can make a turnaround anytime soon.

With its chairperson Khaleda Zia behind bars, BNP policymakers had planned to wage a strong movement reorganising its rank and file to force the government to hold a fresh election, but the party confined itself to mainly indoor activities like discussion meetings, doa mahfils and press conferences throughout the year.

Political analysts think BNP could not break the cycle of failure and make its presence visible in politics throughout the year due to its leadership crisis, lack of effective action programmes, political strategy and its senior leaders’ reluctance about getting connected with people with outdoor progrmmes.

They also said BNP’s revival in politics will be very difficult in the coming years as extreme frustration and despair have gripped its rank and file due to its failure to break the bad patch for nearly 13 years since it lost power in 2006.

Gonoshasthya Kendra founder Dr Zafrullah Chowdhury, believed to be a BNP sympathiser, said BNP has no success in the year 2019 as the party did nothing to stage a comeback in politics during the period.

“BNP leaders always waited for messages from London and made only hollow statements, but they could neither overhaul their organistion nor take to the streets to rejuvenate their grassroots and mount pressure on the government to free Khaleda Zia and ensure democratic spaces for all,” he observed.

At the beginning of the year, BNP leaders were busy holding meetings and working out programmes to register their protests against the December-30 national election as the party only bagged six seats while its Jatiya Oikyafront alliance partner Gonoforum two.

On January 3, BNP and its alliance partners submitted a memorandum to the Election Commission seeking a fresh election under a neutral government. They had a meeting with foreign diplomats at a city hotel on January 6.

On February 8, BNP arranged a discussion in the city marking the first anniversary of jailing of its chief Khaleda Zia from where its leaders announced to reorganise the party to free her and force the government to hold a fresh election.

At least 80 BNP and Jatiya Oikyafront candidates filed cases with the election tribunal, challenging the results of the 11th general election by February 15, but they lost the legal battle.

On February 22, BNP and Oikyafront partners organised a “mass hearing” to depict what they said the "real scenario of vote robbery" in the 11th general election before the country's people and the international community.

Later, she was shifted to Bangabandhu Sheikh Mujib Medical University (BSMMU) on April 1, and she has been staying there since then.

Though the alliance had a decision not to join parliament, Gonoforum MP-elect Sultan Mohammad Mansur took oath as a member of the 11th Parliament on March 7 while all others, except BNP secretary general Mirza Fakhrul Islam Alamgir, followed him.

The oath taking by BNP MPs was one of the much-talked-about issues in the year.

On April 29, the BNP MPs took oath as per a decision of party acting chairman Tarique Rahman, but it created serious commotion among its rank and file.

Though Mirza Fakhrul did not take oath, BNP joined the by-election to his seat Bogura-6 and its candidate Golam Mohammad Sirajul Islam elected MP on June 24.

There was a speculation that BNP MPs were sworn in as part of a negotiation with the government over Khaleda’s release.

However, BNP MPs reportedly tried to free Khaleda on parole, and they met her at BSMMU on October 2, but Khaleda did not agree to their proposal. The party leaders carried out the legal battle to have Khaleda freed, but the scope for having Khaleda freed through legal process has apparently ended as the Appellate Division on December 12 rejected the bail petition of the BNP chief in the Zia Charitable Trust corruption case.

As part of their move to reorganise the organisation, BNP formed convening or full-fledged committees of its 40 district units and most of its associate bodies, but the party still could not complete the overhauling process and take preparations for its national council.

BNP faced prolonged agitation by a group of Jatiyatabadi Chhatra Dal (JCD), the student wing of BNP, over formation of its central committee.

However, JCD held its council overcoming the adversities on October 18 making Fazlur Rahman Khokon and Iqbal Hossain Shamol as its president and general secretary respectively.

On November 4, the party lost its important leader and vice chairman Sadeque Hossain Khoka as he died at a hospital in New York at the age of 67. BNP’s another vice chairman and ex-minister Barrister Aminul Haque died on April 21 while pro-BNP intellectual and journalist Mahfuz Ullah passed away on April 17.

Talking to UNB, BNP secretary general Mirza Fakhrul Islam Alamgir said 2019 is a very bad year for not only BNP but also for the whole nation.

“A new government assumed office illegally at the beginning of this year by depriving people of their voting rights and destroying the election system. The current regime also repeatedly deprived our Chairperson Khaleda Zia of her right to get bail and snatched our democratic rights. Awami League’s various misdeeds and widespread corruption also exposed in this year. Overall, it’s a very bad year for the country’s people,” he said.

Asked what their party achieved this year, Fakhrul said there is no scope for their party to gain any political success due to the prevailing situation created by the government. “The government always tries to eliminate us from politics by resorting to repressive acts. Even then, our party is united and we’re carrying out political activities protecting our existence and popularity. This is our success.”

About their failure to make a turnaround and have Khaleda released from jail, he said their party leaders are not responsible for all those failures it has this year. “We’ve failed because of abuse by the government which used the state machinery and its despotic governing system against us.”

He, however, hoped that they will be able to reverse the situation in 2020.