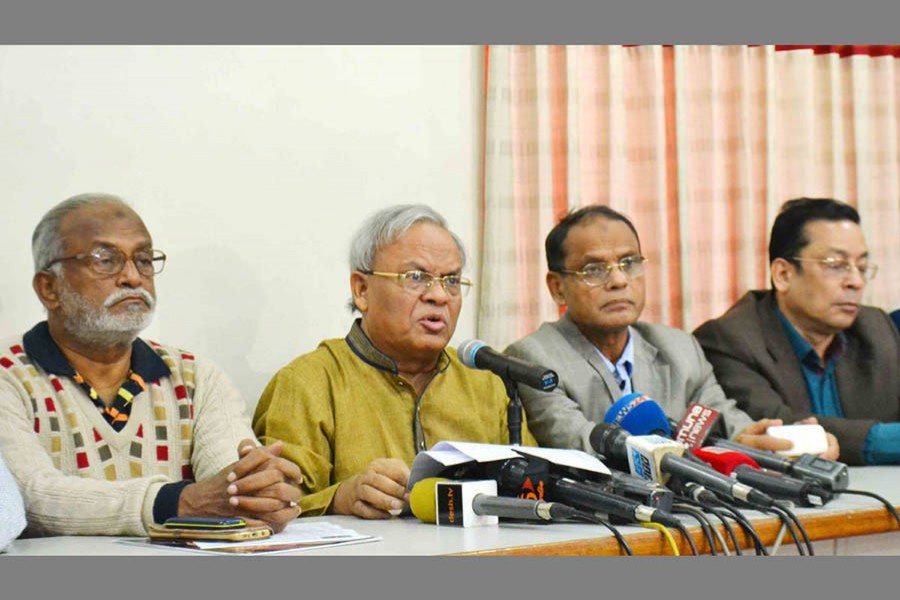 BNP on Tuesday voiced frustration over the 'growing' incidents of violence across the country, even after the army deployment.

Speaking at a press conference at the party's Nayapaltan central office, BNP senior joint secretary general Ruhul Kabir Rizvi also said their party leaders and activists were attacked by ruling party men and police in 28 constituencies, injuring over a hundred people, including 19 candidates, on Monday.

"Yesterday (Monday) was the most violent day. Police and ruling party cadres attacked the rallies and campaigns in favour of Sheaf of Paddy at different parts of the country," he said.

The BNP leader further said, "The situation didn't improve, even after the deployment of army. We had expected that the situation would improve with their deployment...we call upon them to take steps for ensuring a peaceful election atmosphere."

He alleged that the situation has turned so worse that police have started spraying bullets on opposition leaders and activists. "Police used to charge batons in the past and hardly used ammunition, but now they are firing shots on the leaders and activists of Sheaf of Paddy' instead of charging batons."