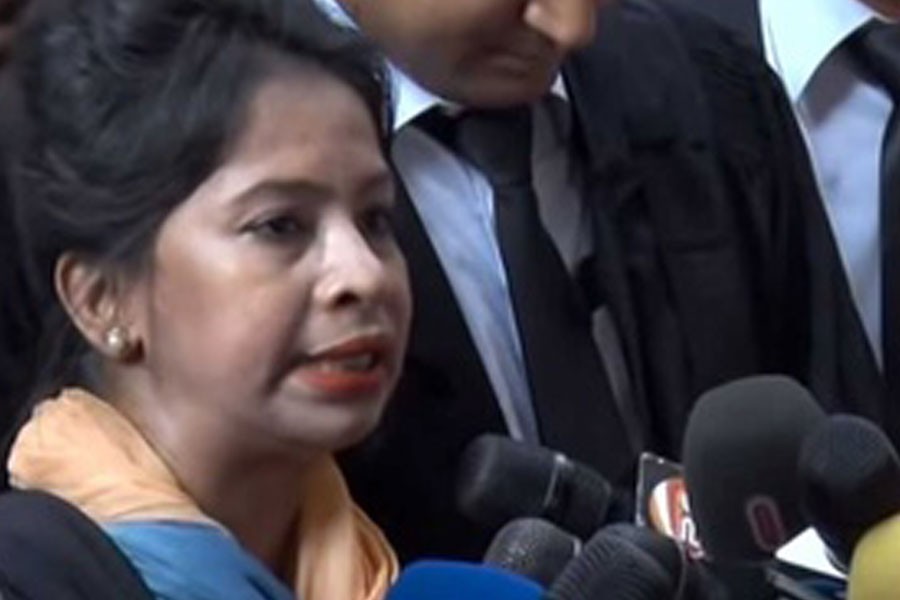 Morsheda, a member of Jatiyatabadi Ainjibi Forum, has been stripped of all posts for ‘violating party discipline,’ said BNP Senior Joint Secretary General Ruhul Kabir Rizvi in a press release on Wednesday.

The body of Abrar, a second-year student of electrical and electronic engineering at BUET, was found on the staircase of his hall residence in the early hours of Monday, bdnews24.com reported.

It has been alleged that BCL men tortured Abrar reportedly over a Facebook post protesting against a recent deal between Bangladesh and India.

Abrar’s father started a case against 19 people with the capital's Chawkbazar police on Monday.

Morsheda has faced criticism on social media after it was reported in the media that she was appearing in the Dhaka Magistrate Court on behalf of the accused.