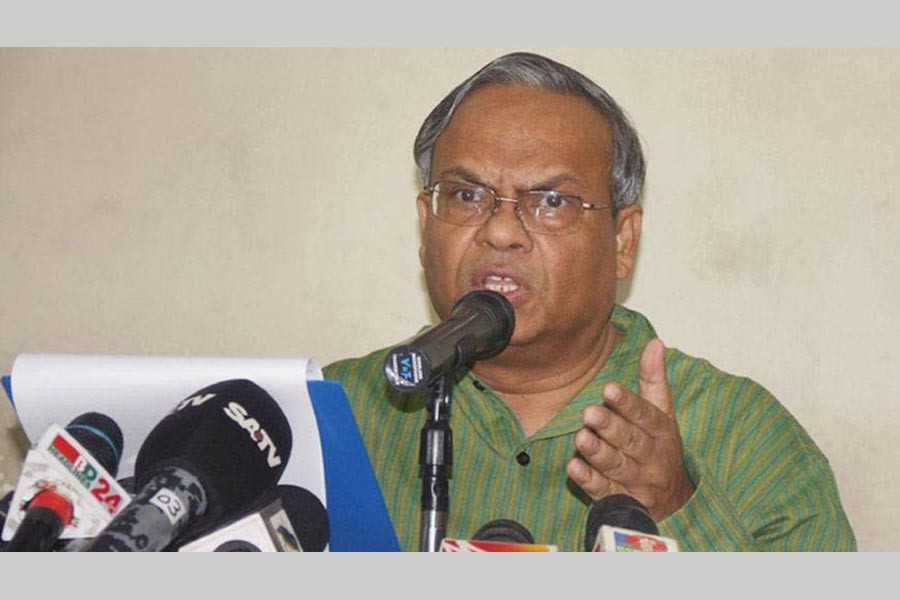 BNP on Monday alleged that Chief Election Commissioner (CEC) KM Nurul Huda has lost the moral ground to stay in office after Awami League nominated his nephew as its candidate for Patuakhali-3 seat.

"CEC Nurul Huda's nephew SM Shahjada Saju received Awami League's nomination letter yesterday (Sunday). It's another aspirant AKM Jahangir Hossain said the ruling party has nominated him to use the CEC in the election in favour of it," said Rizvi.

Rizvi further said, "We think the government has given the CEC a gift by nominating his nephew and that's why he's lost all the moral right to hold office."

The BNP leader said it is now in no way possible for the CEC to conduct the election in a free and fair manner as his nephew is in the race with an AL ticket.

"The CEC through his activities has already demonstrated that he's an undeclared Awami League leader and he managed the ticket for his nephew," he added.

He also demanded the EC secretary Helaluddin Ahmed be withdrawn from the commission as his statements are similar to the ruling party leaders.

Rizvi accused the EC secretary of playing the main role in holding a state-managed election.