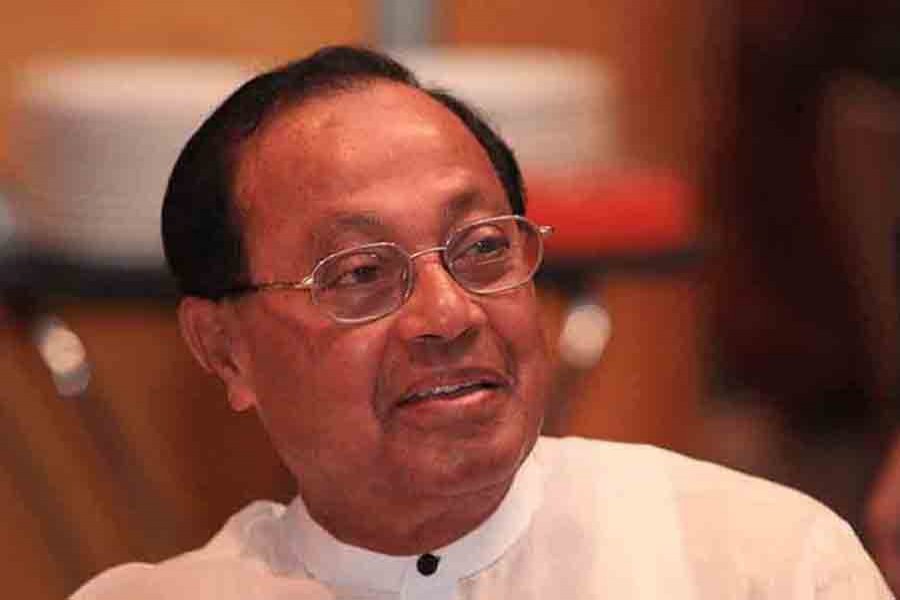 BNP senior leader Moudud Ahmed demanded the resignation of Bangladesh Bank (BB) Governor Fazle Kabir for the sake of a fair investigation into the reported gold scam in the central bank's vault.

"The government must shoulder the responsibility for the gold heist. The central bank Governor should resign immediately for protecting his dignity," he said.

Speaking at a discussion, the BNP leader further said, "It won't be possible to ensure a fair investigation if he (Kabir) remains in that post. So, he should quit as the governor."

Moudud, a BNP standing committee member, also cited the example of the resignation of ex Bangladesh Bank Governor Dr Atiur Rahman over the heist of around Tk 8 billion from the central bank account with the New York Federal Reserve Bank in 2016.

He alleged that the central bank is now under the grip of 'thieves' who are after gold and money, putting the existence of the banking sector at stake.

"The central bank controls other banks. The plundering will take place in all other banks when such incidents occur in the Bangladesh Bank. The government-backed businessmen and politicians have ruined all the banks looting money in the name of loan," the BNP leader observed.

He also turned down the central bank's statement that there is no irregularity in its vault. "Their assertion is not acceptable when the government's different agencies are saying the gold has turned into copper in the vault."

Moudud criticised the government for what he said not arresting any one in connection with the central bank's gold scam.

About the ruling party's reception to the Prime Minister at Suhrawardy Udyan, he said the government will demonstrate its popularity by the gathering of huge people thorough the programme. "When the Prime Minister and her government are so popular, she (PM) can announce today that the next election will be held under a non-party administration."

The BNP leader also called upon the government to allow their party to hold a rally at the Suhrawardy Udyan to prove their popularity as well. "Though our chairperson Khaleda Zia is in jail, our rally will be bigger than today's one with people's spontaneous participation."

Referring to Prime Minister Sheikh Hasina's recent remark that freedom fighters' quota cannot be reformed due to an apex court order, he said there is no such Supreme Court order, reports UNB.

Moudud, also a former law minister, said the Prime Minister backed off from her promise to annul quota by only showing the court verdict as an excuse. "It's not a right action by her and we don't expect it from a Prime Minister."